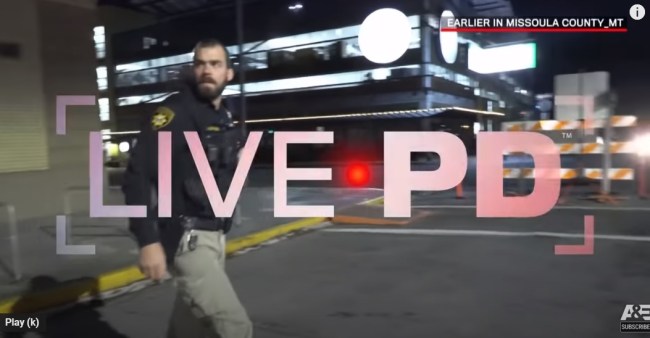 LIVE PD is no more.

The popular A&E series has officially been canceled amid protests against police brutality according to a report from Deadline.

A&E has canceled its flagship series and one of the highest-rated shows on basic cable. A week after Live P.D. was pulled in the wake of George Floyd’s death, the reality series’ hiatus has been made permanent.

The decision was made jointly by A&E and MGM’s Big Fish Entertainment, which produces the show.

“This is a critical time in our nation’s history and we have made the decision to cease production on Live PD,” the network said in a statement to Deadline. “Going forward, we will determine if there is a clear pathway to tell the stories of both the community and the police officers whose role it is to serve them. And with that, we will be meeting with community and civil rights leaders as well as police departments.”

LIVE PD host Dan Abrams shared his reaction to the cancellation on Twitter.

Shocked & beyond disappointed about this. To the loyal #LivePDNation please know I, we, did everything we could to fight for you, and for our continuing effort at transparency in policing. I was convinced the show would go on. . More to come. . .https://t.co/WWh7fDrig2

Cops, which has been on television for 33 seasons since 1989, has been cancelled. https://t.co/KN893fpWiq

“Cops is not on the Paramount Network and we don’t have any current or future plans for it to return,” a network spokesperson said.

Paramount Network’s forerunner, Spike TV, picked up Cops in 2013 after it ended a 25-season run on Fox. The series continued following the 2018 rebranding of the channel as Paramount Network; it also had syndication rights to many past seasons.

The show’s 33rd season had been schedule to premiere on Monday, but no episode has aired on Paramount Network since at least June 1 as protests against police brutality and in support of the Black Lives Matter movement continued across the country. A&E also pulled last week’s episodes of Live PD — which also follows officers on patrol, albeit in real time — but as of publication time new episodes of the show, A&E’s most popular series, were still slated to air on Friday and Saturday.