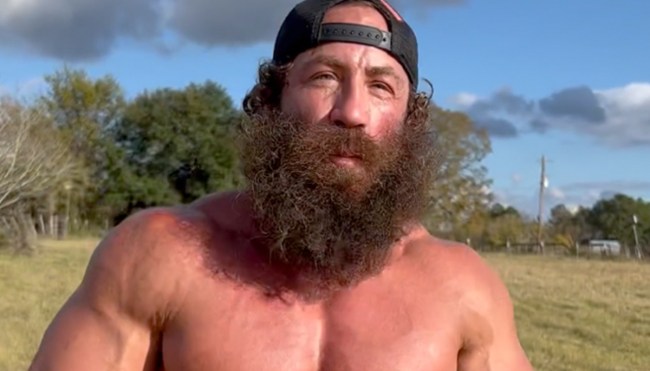 It’s been a few years since the paleo diet took the world by storm before gradually falling out of favor just like virtually every similar fad to come before it, but that doesn’t mean the craze doesn’t have its fair share of evangelists who still sing the praises of only eating the type of foods that were consumed back in the age of hunting and gathering.

There are also those who’ve taken an even more extreme approach when it comes to adopting that kind of primal regimen, and it’s hard to think of anyone who’s made more of a name for themself by doing so than Brian Johnson—a man you likely know better as “Liver King.”

Over the past year, Liver King has transformed into a virtually unavoidable internet phenomenon thanks in no small part to the jacked physique he’s been able to cultivate with the help of a grueling exercise routine fueled by—you guessed it—liver (as well as other raw animal byproducts and natural foods) that serve as the foundation for the “ancestorial lifestyle” he leads.

GQ recently got the chance to chat with Liver King about a variety of topics during a visit to his Texas compound, where the jacuzzi has been turned into an ice bath, the living room serves as a sparing ring, and he, his wife, and two teenage sons sleep on beds made of “hard wooden slats.”

That discussion included the accusations that were levied by Joe Rogan after Liver King unsurprisingly caught the attention of the podcast host, who doesn’t seem to be a fan based on comments he made on his show in April. In a gloriously ironic twist, Rogan cast doubt on Liver King’s claims concerning the nutritional benefits of his diet and accused him of harnessing some less-than-natural substances to get jacked:

“No that’s a gimmick, that guy. He’s got an ass filled with steroids is what he got. That’s not a natural body. That guy is shooting all kinds of shit into his system to achieve that kind of physique…

I don’t even know if there’s a benefit in eating raw meat. From what I’ve understood, talking to experts, there’s actually a lot gained from cooking because the protein becomes more bioavailable.”

To his credit, Liver King was fairly diplomatic in his response to those claims after GQ correspondent Madeleine Aggeler brought them up:

“I don’t touch the stuff,” the Liver King told me, unphased, adding that he’s “grateful to Joe Rogan for bringing me into his ecosystem” and that he’d love to go on the podcast someday.

Something tells me it might only be a matter of time.