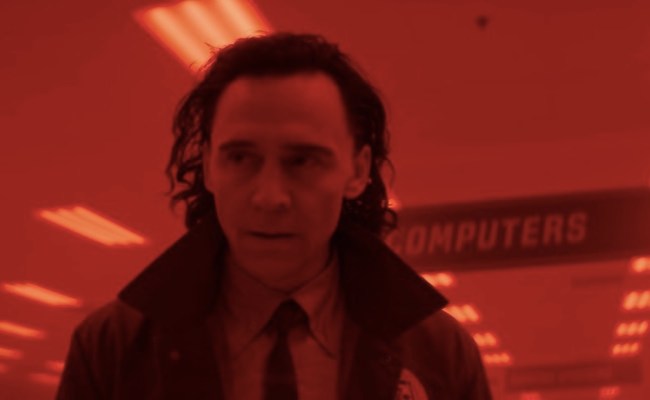 More so than the Marvel Cinematic Universe series that came before it — WandaVision and The Falcon and the Winter Soldier, specifically — Loki will have a tangible impact on the future of the franchise as it introduces the concept of the multiverse and all of the madness that comes with it.

Warning: spoilers for Episode 2 of Loki, “The Variants”, will follow.

As we learned in the premiere episode, the Marvel Cinematic Universe we’ve come to know and love exists in what the Time Variance Authority refers to as the “Sacred Timeline”. At the beginning of the series, the MCU is not in a multiversal state as the Sacred Timeline remains uncorrupted.

That all comes undone by the end of episode two, “The Variants”, after Lady Loki, as one TVA employee puts it, “bombs” the sacred timeline with the TVA’s own reset charges.

The consequences of Lady Loki’s attack are immediate and immense, as the rapid divergence of the Sacred Timeline threatens to plunge the MCU into a multiversal, which is the very thing the TVA was created to protect against. As Miss Minutes’ infomercial in the premiere tells us, the very purpose of the Time Keepers and the TVA is to prevent multiversal war.

Lady Loki’s attack on the timeline may be so consequential, in fact, that it might be what causes Tom Holland’s Spider-Man to have “no way home” from Sony’s Universe of Marvel Characters. It could open doors to far darker realities that the Sorcerer Supreme must keep at bay. It could introduce anything from the X-Men to the Fantastic Four. It could rewrite the history of the MCU as we know it. That said, the scale of Lady Loki’s simply cannot be comprehended until we further understand what, exactly, the rules of the multiverse are once it’s unleashed.

The Sacred Timeline diverging into a multiverse.

What exactly Lady Loki wants, or why she wants to destroy the Sacred Timeline, is yet to be seen. But whatever it is, she’ll likely be successful as the multiverse stands to be one of the MCU’s primary traits through, at the very least, Doctor Strange in the Multiverse of Madness.