Los Angeles County Is Most Dangerous Place To Live In America, According To FEMA 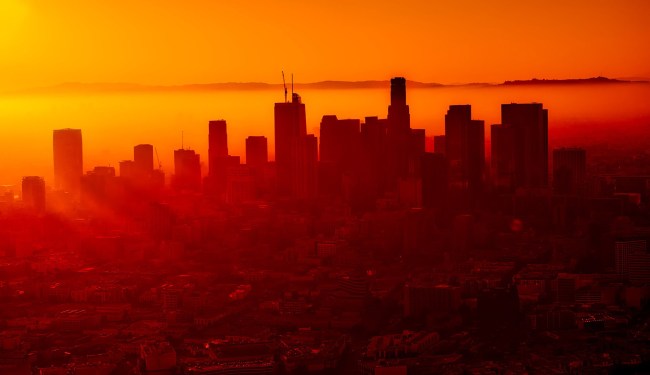 According to a new report by the Federal Emergency Management Agency (FEMA), Los Angeles County is the most dangerous place to live in America.

FEMA came to this conclusion after calculating the risk for every county in America – more than 3,000 of them – for 18 types of natural disasters, such as earthquakes, hurricanes, tornadoes, floods, volcanoes, tsunamis and more.

Using their National Risk Index, the dense population of Los Angeles County combined with the risk of earthquakes puts it at the top when it comes to the potential for catastrophy.

“The National Risk Index is a new, online mapping application from FEMA that identifies communities most at risk to 18 natural hazards,” FEMA explains on its website. “This application visualizes natural hazard risk metrics and includes data about expected annual losses, social vulnerabilities, and community resilience.”

It is that data that reveals highly-populated cities like New York and Philadelphia are actually at greater danger from natural disasters such as tornadoes than cities located in Tornado Alley in states like Oklahoma and Kansas.

According to The Associated Press…

Those seeming oddities occur because FEMA’s index scores how often disasters strike, how many people and how much property are in harm’s way, how vulnerable the population is socially and how well the area is able to bounce back. And that results in a high risk assessment for big cities with lots of poor people and expensive property that are ill-prepared to be hit by once-in-a-generation disasters.

While the rankings may seem “counterintuitive,” the degree of risk isn’t just how often a type of natural disaster strikes a place, but how bad the toll would be, according to FEMA’s Mike Grimm.

FEMA explains that despite the fact that Oklahoma is twice as likely to have a tornado than New York is, people in cities like New York are less aware of the risk and less prepared. 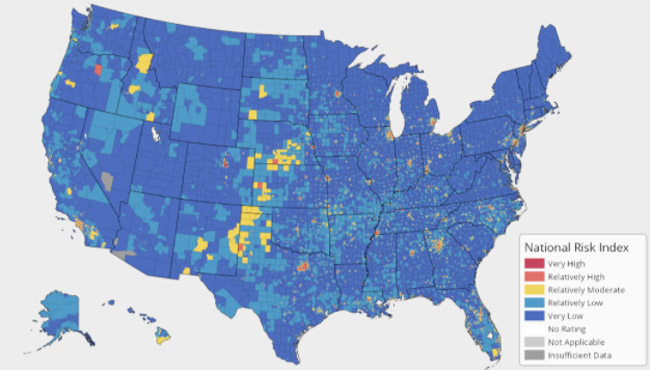 The area with the least amount of potential risk is Washington, D.C. suburb Loudoun County. Suburban Boston, Long Island, suburban Detroit and Pittsburgh, and three other D.C. suburban counties round out the rest of FEMA’s safest places to live.