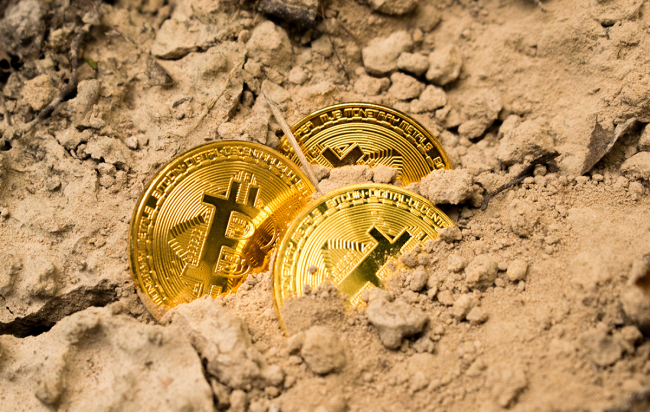 If you needed any proof time is a flat circle, you got some last month when Bitcoin experienced a meteoric rise in value as the year came to a close. Cryptocurrency evangelists once again crawled out of the woodwork to claim it had nowhere to go but up before history repeated itself when the bubble burst in a fashion that rivaled the Great Bitcoin Bust of 2018, as its value dropped from a record-high $41,000 to $30,000 in a single day when it crashed earlier this week.

It’s managed to bounce back a bit since then (it currently sits just above $35,000 as of this writing) as the debate over whether or not Bitcoin and its fellow tokens are the currency of the future has begun to rage yet again. The spike has also resulted in a resurgence in stories concerning the tens of billions of dollars worth that has laid dormant for the past decade, like the one concerning a guy who currently has two chances to guess a password he forgot if wants to claim the fortune he has stashed in his digital wallet.

That man is far from the only person who’s experienced a similar fate, as a British man named James Howells found himself in the news during the 2017 boom after he set off on a quest to scour a landfill in Newport, Wales he believes is currently home to the 7,500 Bitcoin he stashed on a hard drive that he mistakenly disposed of.

At the time, the storage device was home to a whopping $86 million—a number that has risen to around $265 million since then. As a result, he has more incentive than ever to discover it but he’s run into a bit of an issue despite the incentive he’s given to the city that’s home to the landfill he’s determined to excavate.

According to CNN, Howells believes he’s honed in on the area where the hard drive currently lies and has offered to share one-fourth of its contents with the approximately 316,000 residents of Newport, who would each receive over $200 if he was able to salvage the loss (he’s also planning to give 50% of it to those who provide him with the resources required to unearth it).

However, he says government officials have refused to even entertain his offer, although a spokesperson for the city council disputes that claim, saying a combination of red tape and environmental concerns is a barrier that’s impossible to overcome.

As a result, it seems like Howells will be forced to resort to sifting through the garbage that has piled up over the years, but if he can’t find it, I can only hope he might be able to stumble upon a sick sword he can use to chop off a camel’s hump to drink the milk right out of it.

It’s not the most ideal trade-off in the world, but hey, it’s better than nothing.