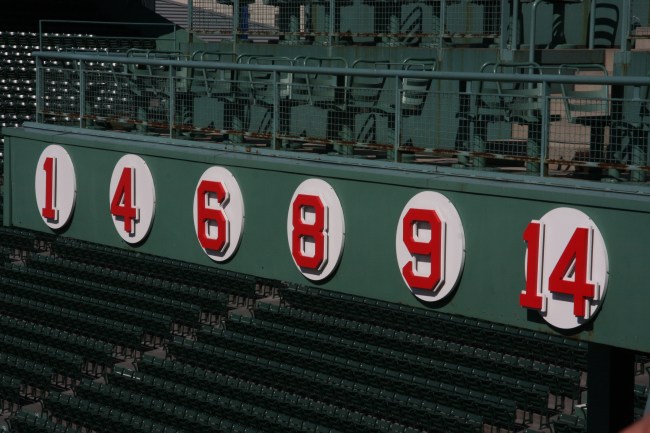 This 2018 Red Sox team set a franchise record for most wins (108) passing the 1912 Red Sox who had 105 wins. They also had the most wins of any MLB team since the 2011 Seattle Mariners won an unfathomable 116 games. Suffice it to say this was a special team and if they didn’t win the World Series it would’ve been one of the biggest disappointments in Boston sports history.

Well, they won. And a lucky fan from Templeton, Massachusetts was riding that wave of Red Sox success when he put in his lottery numbers. In the Massachusetts Lottery ‘Pick 5’ game, he chose the jersey numbers of five Red Sox players from the 2018 roster.

Obviously, he won. We wouldn’t be sitting here talking about this if it was just some random ass dude who played Red Sox lottery numbers and lost, would we?

Does anyone under the age of 75 ever win the lottery? Every single time you read about someone winning the lottery they’re old as hell. It was some old grandmother who recently won the record Powerball jackpot (or was it MegaMillions?). This 73-year-old won $10 million on a scratch-off jackpot while out buying SlimJims. This old school bus driver won a shit ton. This elderly married couple BOTH WON million dollar jackpots within five months of each other. And this old ass lady won the Powerball jackpot last year after playing the same exact numbers for 30 years.

As for this dude’s strategy of playing the jersey numbers, I dig it. My Tampa Bay Lightning currently have the most points in the NHL (one more than Nashville), so I might have to ride this luck wave and see if it works for me. I mean, I must have better luck playing Lightning numbers than Rays or Buccaneers numbers, right?