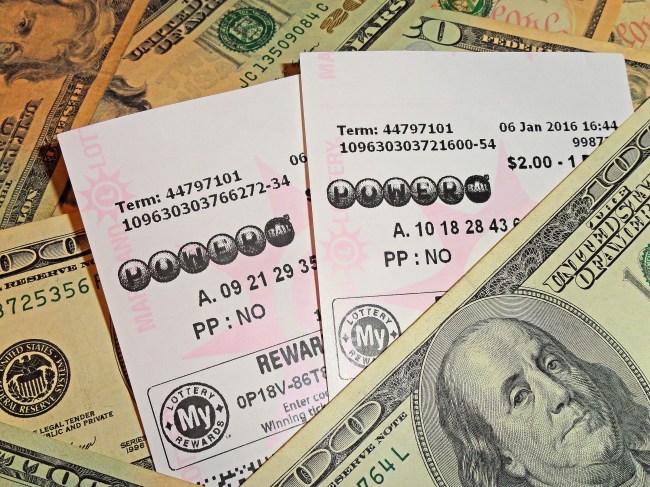 Judy purchased a winning Advance Play ticket in the town of Grand Junction at a store called Lucky Me, and woke up on her dog’s birthday to see that she had all five out of the winning numbers, including the Powerball. Her haul: $133.2 million.

Judy F &her husband Mack from Clifton claimed a $133million #Powerball jackpot today
"Judy, are u retired?"
"As of 6am Sunday morning I am." pic.twitter.com/0njd2MEzFa

After seeing the numbers on her phone, Judy ran into her bedroom to wake up her husband. He was calmer than a BYU frat party. Judy told ABC:

“We stumbled down the hallway together and I said, ‘Now look at these numbers and look at the numbers on the ticket and are those the same?'” Finchum recalled. “My husband was Mr. calm and says, ‘Yes they are.'”

As you may guess, Judy claims she is quitting her job immediately, “as of about 6 o’clock on Sunday morning,” and plans to donate a chunk of the money to hurricane victims.

“It’s going to bless the men and women and the people ravaged by the hurricanes,” her husband said.

Judy said she will opt for a cash lump sum payment rather than annual payments, which means she will receive $84,607,397 after taxes.

Good for her. Really, really happy for her.