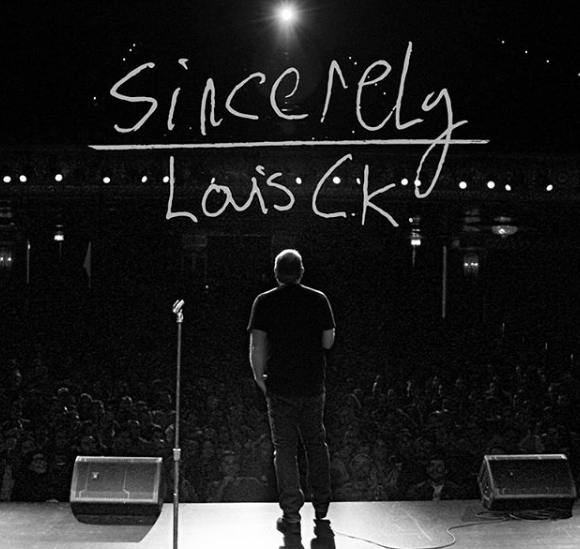 The news broke at a time when Louis and Chappelle were probably the top two comedians in the world, in my opinion. Louis had been releasing a totally new hour of material every year for over a decade. It’s hard to explain to non-comedians how outrageous that is, but I guess it’s a bit like if Bieber put out a new hit album every year, or if George R.R. Martin wrote a GOT book every year. The rate at which he was able to create and turnover phenomenal material is astounding.

I’m not here to comment on his scandal. My opinion on all that doesn’t matter, not that I really have one anyway. I recognize that some people can’t separate his comedy from his personal life stuff, and that’s fine. I simply want to say that watching his new special “Sincerely, Louis CK” brought me joy. I laughed and I felt like I was peering back into a happier time of my life. It did what so few things have been able to do lately: it transported me out of all this. It reminded me why I love performing comedy; it reminded me of the masters of the craft whose ability to aspire to; and it reminded me of how much I can’t wait to get back on stage, someday.

It was the same Louis, too—as good a joke writer as he ever was, as daring and edgy and personal as he ever was. I’m not really sure why I was surprised that he’s still got it. I was kinda too young to remember this, but I bet it’s like when MJ went to play baseball, and then came back to basketball. I’m sure there were a few Brian Windhorsts who were like “the mechanics of baseball will interfere with his free throw shooting!” And then MJ played a few games and they were like, oh… Right. When you’re that good, dusting off the cobwebs is a much easier process.

Check it out. Download/stream it right from his website for $8.

PS- I can’t resist this parallel, sorry. After I got fired and thought my life was over, I also went to France with my girlfriend. Here are some of the jokes I wrote from that experience: