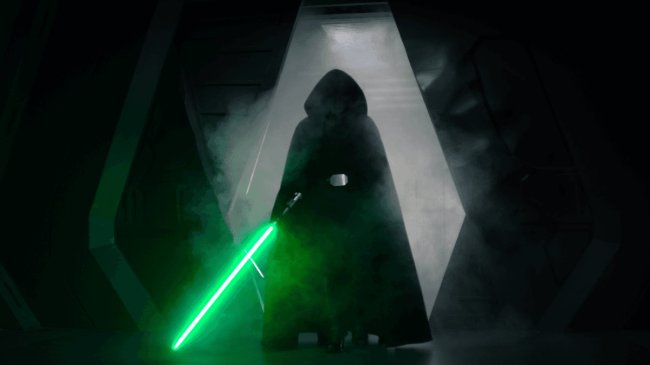 Eagle-eyed Star Wars fans have noticed that Lucasfilm has filmed a Star Wars trademark for the phrase “Skywalker Academy”.

Looks like just for clothing items at the moment, so maybe just for a new line of athletic stuff or something? pic.twitter.com/hjsCETTyHL

The trademark filing could hint at many things. As we know from Star Wars: The Last Jedi, Luke Skywalker spent time on an unknown planet training Jedis, although his Jedi temple was eventually destroyed by a scorned Ben Solo.

There’s also the connection to The Mandalorian, as season two famously ended with Luke taking Grogu under his Jedi wing. Some fans even think the trademark could be a connection to something involving Rey, who — in addition to taking on the Skywalker name — seemed intent on rebuilding the Jedi Order at the end of Star Wars: The Rise of Skywalker.

Then, of course, there’s also the possibility the phrase has simply been trademarked for apparel and merchandise.

RELATED: Leaked Video From Set Of ‘Obi-Wan Kenobi’ Gives Fans Their First Look At The Series

Given the rate at which Disney is growing their Star Wars universe, some sort of “Jedi training” series could certainly be a possibility, particularly of the Mouse House can get Daisy Ridley to return as Rey. Should Disney move forward with a “Skywalker Academy” project, it would become one of the many due out in the coming years.

In May, The Bad Batch will premiere, followed by The Book of Boba Fett in December. Then, in 2022, fans can expect to see the release of Andor, Obi-Wan Kenobi, and the third season of The Mandalorian. There’s also Ahsoka, Rangers of the New Republic, Lando, The Acolyte, and Visions in the works at Disney+, in addition to the 2023 Rogue Squadron film from Patty Jenkins and an untitled Taika Waititi-directed film.