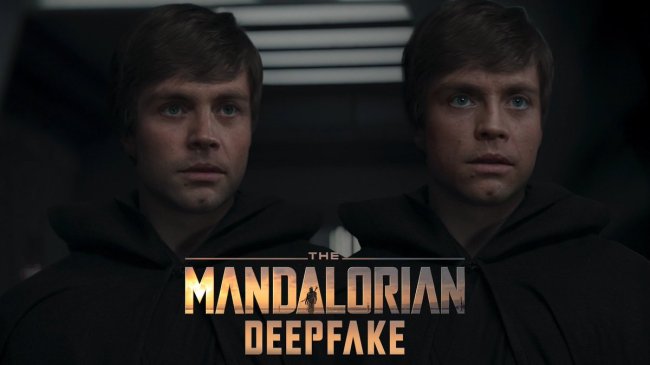 In general, I pinpoint the rise of smartphones and social media as the sort of Mason-Dixon line of modern society. B.C./A.D. type stuff. The point where everything changed, for the worst in my opinion. Right around, I don’t know, 2008ish.

As such, despite the fact that it provides the basis of my livelihood (writing, tweeting, etc.), I, generally, loathe the internet. I often kid that Steve Jobs introduced the end of the world wearing a turtleneck. Look at where we’ve wound up and how anti-intellectualism is infecting this country like the plague — that’s all a result of the rampant stupification of humanity via technology. As the great Robin Williams said in Jumanji, similar to rain, while a little information never hurt anybody, too much can kill you. Just because we’re theoretically learning and connecting more doesn’t mean we’re learning the right things or connecting with the right people.

But what does Eric’s nihilistic disgust for the internet have to do with Star Wars deepfakes? My point is that for all of the awfulness the world wide web has introduced, it can, occasionally, be used for good. Remember last Summer when that kid Julian Bass went viral for his insane VFX work? The kid got signed by a talent agency and now has connections across Hollywood.

if y’all can retweet this enough times that Disney calls, that’d be greatly appreciated pic.twitter.com/GrKlIRxg3J

Similarly, YouTuber Shamook — who created a deepfake of Luke Skywalker in The Mandalorian season two finale that was far better than the actual series’ rendering of the character — has been hired by Lucasfilm’s iconic visual effects company, Industrial Light and Magic.

“Industrial Light and Magic is always on the lookout for talented artists and have in fact hired the artist that goes by the online persona ‘Shamook,’” a Lucasfilm representative said in a statement. “Over the past several years ILM has been investing in both machine learning and A.I. as a means to produce compelling visual effects work and it’s been terrific to see momentum building in this space as the technology advances.”

“As some of you may already know, I joined ILM/Lucasfilm a few months ago and haven’t had the time to work on any new YouTube content,” Shamook wrote in a comment this month. “Now I’ve settled into my job, uploads should start increasing again. They’ll still be slow, but hopefully not months apart. Enjoy!” [via IndieWire]

All that said, in reality, deepfakes are yet another example of how the internet is rapidly and terrifyingly corrupting our world, but I’ll let Shamook have their moment.