Luke Combs Paid For A North Carolina Teacher’s Entire School Supply List, Continues To Be The Coolest Dude In Country 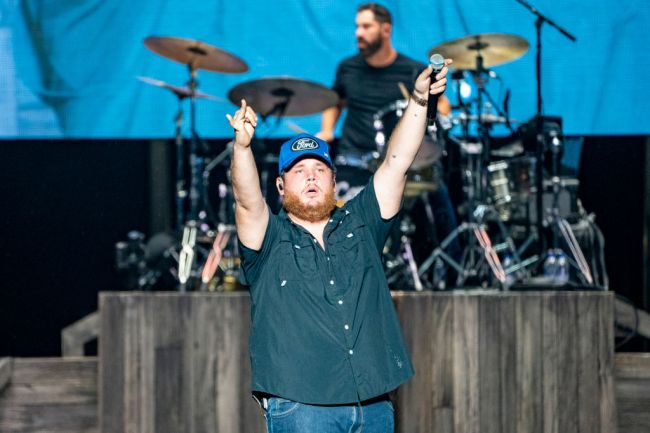 Luke Combs continues to be one of the most genuine people on this planet. The 31-year-old country music superstar is as good-hearted as they come.

At every chance he gets, Combs gives back however he can. Earlier this year, he quietly paid the funeral expenses for three young men who tragically passed away at a music festival this summer.

Kelly Kirk is a Kindergarten teacher at Wakefield Elementary School near Raleigh, North Carolina. It is a Title I school, which means that the poverty level among students who attend the school is 75% or higher.

She recently reached out to Combs with hopes that he could help her get supplies for the upcoming school year.

Hi @lukecombs! I wanted to reach out and see if you wanted to support an Appalachian Alumni with her teacher Amazon wishlist! I teach kindergarten in NC and could use some help with #clearthelist. Appreciate the support! #Amazon #TMobile #supportateacher https://t.co/LA4JK0LvoX pic.twitter.com/eFPqM1DtI3

She is an Appalachian State alumnus, where Combs attended college. He dropped out with one month left in his senior year but remains tied to the school and got his start by playing bars around Boone, N.C.

Whether Combs just so happened to be scrolling through his mentions at the time or had it sent to him, Kirk’s tweet caught his eye. Combs bought it all.

Cleared it for ya. Good luck to your students and GO APPS! https://t.co/SAGlpEktIL

Combs continues to be an incredible performer and an even better person. He is scheduled to begin his fall tour in a few weeks and his first stop is at Kidd Brewer Stadium at App State.

Maybe Kirk will be in attendance to say thanks?