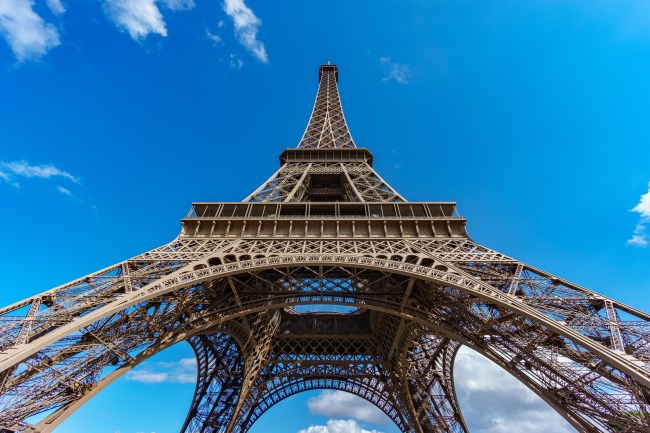 Was he making a political statement or just doing it for the ‘gram?

That questions remains unanswered at the time of this writing. What we do know is that the Eiffel Tower closed down on Monday after a man bypassed the structure’s security system and scaled up the tallest structure in Paris, just days after the city of Paris celebrated the Eiffel Tower’s 130th anniversary.

According to CBS News, the man could be seen dangling just below the third and highest level of the 1,063-foot-high tower before a climbing specialist swooped in to intervene.

A climber is pictured between two iron columns of the #EiffelTower in #Paris. The Eiffel Tower was closed to visitors after the man tried to scale it today. #Paris 📸 Michel Euler/AP/Shutterstock pic.twitter.com/XTW4DjxKFs

A police spokeswoman told Reuters the man walked into the tower Monday and started to climb once he’d reached the second floor, which is located 499 feet above ground and is more than halfway up the tower.

PARIS: Someone is scaling the Eiffel Tower. Officials have closed the site to visitors pic.twitter.com/ivTfkRz48O

This isn’t the only time some lunatic attempted to scale the Eiffel Tower. In 2015, British “freerunner” James Kingston climbed it without safety ropes or permission. He was able to evade security cameras. Here is him talking about the experience on Joe Rogan’s podcast.