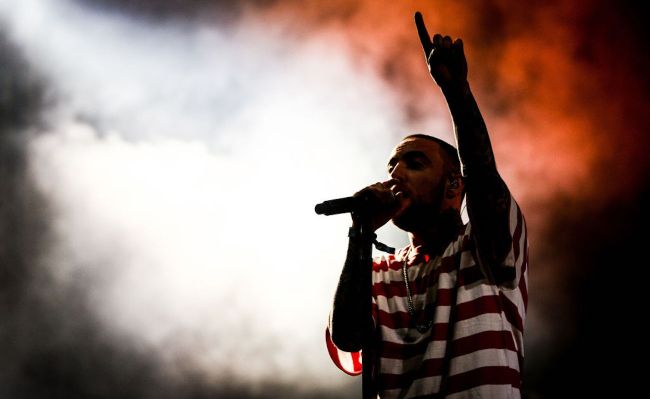 It’s been over three years since Mac Miller tragically passed away at the age of 26-years-old, and yet for fans of the late Pittsburgh rapper, it still feels as though it was yesterday. Those feelings for Miller have arisen in the fanbase once again, as one of his most beloved and underrated mixtapes, Faces, has finally hit official music streaming services such as Apple Music and Spotify.

Originally released in 2014, the mixtape features guest spots from the likes of Rick Ross, Earl Sweatshirt, Schoolboy Q, Mike Jones, Sir Michael Rocks, Vince Staples, Ab-Soul, and Dash. In addition to the release of Faces on streaming services, a video for the song “Colors and Shapes” was uploaded to Miller’s YouTube page.

To celebrate the release of Faces, Mac Miller fans took to social media to pay tribute to the late Larry Fisherman a.k.a. Easy Mac a.k.a. Delusional Thomas a.k.a. Larry Lovestein.

Such a pure soul gone way too soon…

We’re really getting one of the best mixtapes of all time on streaming today
Faces – Mac Miller pic.twitter.com/oS8N88A2Eb

In addition to Faces, Mac Miller’s albums Circles, Swimming, The Devine Feminine, GO:OD AM, Watching Movies with the Sound Off, Macadelic, Blue Slide Park, Best Day Ever, and K.I.D.S. can be found on streaming services.