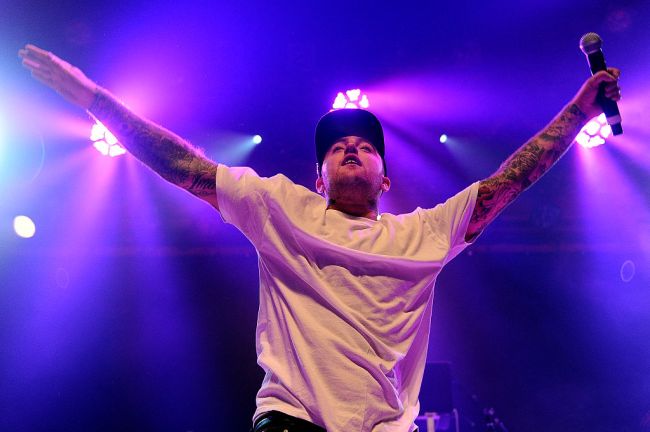 Mac Miller’s greatest work appears to be coming to streaming platforms. The Faces mixtape has remained off of Apple Music, Spotify and similar services since its release in 2014 because of sample clearance issues and other types of red tape. However, that might be soon to change.

In a Reddit thread where fans were speculating about the status of the tape, Miller’s longtime friend and producer ID Labs (who produced “It Just Doesn’t Matter” and “Therapy” from the tracklist) caught wind of the comment. He confirmed that clearance for Faces is in the works.

Producer and friend of Mac Miller, ID Labs, confirms on Reddit that Faces will soon be on streaming services 👀 pic.twitter.com/RwNlHlhIl8

There hasn’t been any timeframe given as to when you can expect Faces to hit iTunes and Spotify, but even the idea of having easier access to Miller’s brilliance is exciting. If the project does arrive on digital streaming platforms as ID Labs is believed to have said on Reddit, it will be Miller’s second mixtape to hit DSPs in the last year. His breakout tap K.I.D.S. was added in April to celebrate its tenth anniversary and the re-release came with two new songs.

Faces is a musical masterpiece and it has only taken on more meaning since Miller’s sudden passing. From start to finish, the mixtape brings the listener on a drug-fueled journey into mind of an addict who is on the verge of fully understanding his issues. The lyrics are a message that Mac is passing along about what was truly going on in his life and thoughts in that time. He was going through some deep shit and there is no denying that it’s dark, twisted and depressing. But the way that he paints the picture with his words and shares the inner-workings of his mind makes it rather beautiful.

Musically, the production value is unmatched, the samples each bring something unique to the table, Mac’s laidback voice presents his lyrics at the forefront and the beats accompany the jazz elements perfectly.

The mixtape is something to cherish. Hopefully soon, it will hit streaming platforms and become more accessible to those who haven’t heard the brilliance— or those who just want to set it on repeat and let Larry Fisherman do his thing.