Over A Dozen Vehicles From ‘Mad Max: Fury Road’ Are Being Auctioned Off And There Are Some Truly Insane Rides Up For Grabs 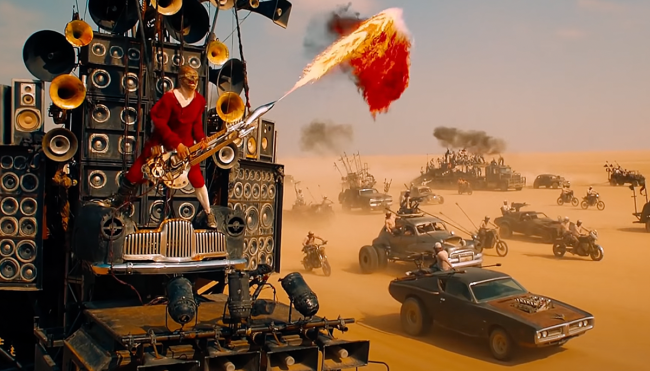 I could write hundreds of words singing the praises of the absolute masterpiece that is Mad Max: Fury Road. However, that seems fairly pointless when you consider anyone who’s seen it fall in one of two camps: the first is home to people who don’t need to be told it’s one of the best action movies ever made, while the second is filled to the brim with hopeless individuals who can’t be reasoned with who deserve to have all of their opinions (concerning movies or otherwise) soundly ignored.

On paper, Mad Max: Fury Road shouldn’t work nearly as well as it does; it’s a movie that came out 30 years after the most recent installment in the franchise, has a plot that can essentially be summed up by the five words J. R. R. Tolkien threw after the title of The Hobbit, and features the incredible marketable Hollywood actor who was tapped to play the eponymous character delivering more grunts than actual lines of dialogue.

However, George Miller not only managed to pull it off but ended up with a magnum opus on his hands. Mad Max: Fury Road is some of the purest mindless entertainment you’ll ever encounter distilled into a two-hour thrill ride filled with over-the-top characters, incredible chase scenes, and insane stunts that were somehow pulled off in real life.

Oh, there’s also a guy who’s attached to a truck with a bunch of bungee cords who plays a guitar that can shoot flames.

What more could you possibly want?

Well, if you’ve ever wanted to own the truck he was attached to, you now have the chance to make your dreams come true, as Lloyd’s is holding an auction later this month featuring 13 vehicles that appeared in Mad Max: Fury Road—a lineup that includes the guitar player’s chariot, the massive War Rig that was piloted by Furiosa, and a number of cars driven by the War Boys tasked with tracking her down. 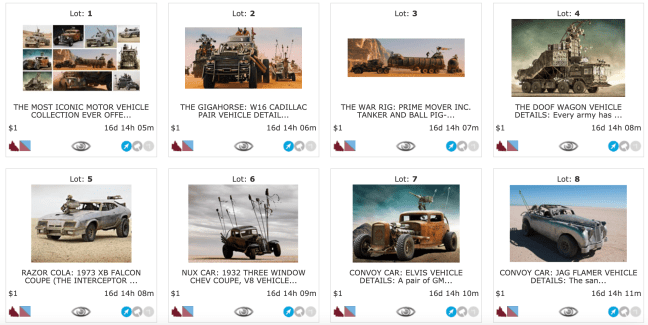 Most people probably don’t need to hear this, but I’m going to issue an important public service announcement just in case: remember to never huff silver spray paint and drive.