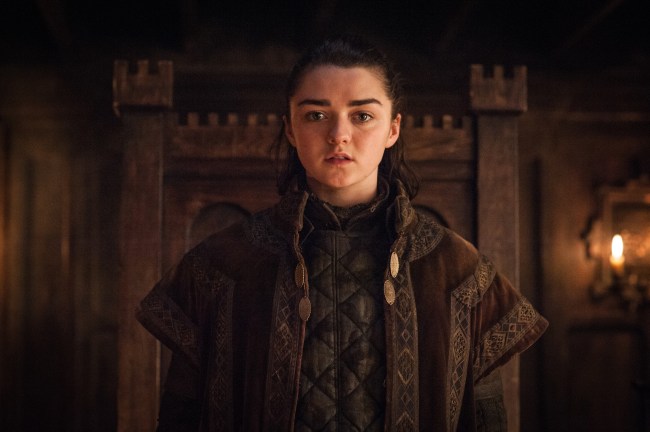 Maisie appeared on The Graham Norton Show where she revealed that “a lot of people come up to me in the street and they want me to recite the names but then add their name.” The Stark daughter found this request “a little odd.” Arya then recited her kill list on the talk show but added a little twist at the end by adding three new names. “Joffrey, Cersei, Ilyn Payne, The Mountain, Beric Dondarrion, Thoros of Myr, The Red Woman, Tom Hanks, Anthony Joshua, and Graham Norton.” And just like other Game of Thrones fans, the actor, the boxer, and talk show host were giddy to be named to Arya’s kill list. Tom Hanks should have never sided with the Lannisters. A girl has no name, but Tom Hanks does and he is now on Arya’s kill list.

You will have to wait until 2019 to see if Arya crosses off anyone from her kill list, but according to Casey Bloys, who is the President of Programming at HBO, the delay is for a great reason (Read more about that HERE).