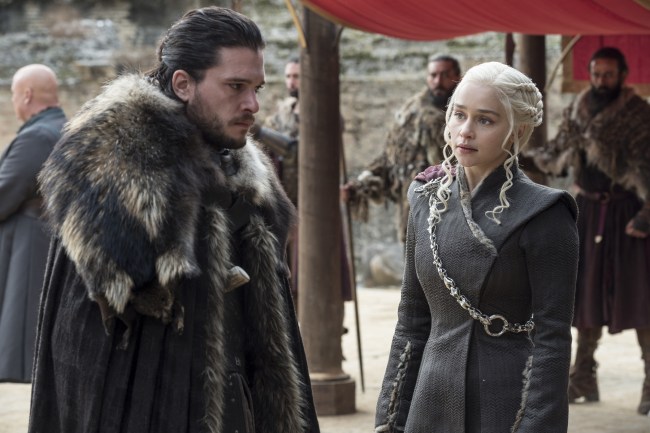 Last week we learned that Game of Thrones officially won’t return to HBO until 2019. HBO boss Casey Bloys explains why there will be such a long period of time between the end of Season 7 until the final season of Game of Thrones.

Bloys, who is the President of Programming at HBO, gave an interview to EW where he explained why the hell it is taking so long to get the epic ending of GoT and it has to do with showrunners David Benioff and Dan Weiss desire to make the last six episodes perfect.

“Here’s what I’ll tell you: They take the time they need to do the show at its highest level of quality. As the show has gone on, it’s gotten bigger — big battle scenes, big special effects,” Bloys said. “These things take time. Here’s the one thing I can assure you: Dan and Dave were not sitting around on a beach waiting to go back to work. They’re perfectionists and this is the soonest it can come back at a level of quality that they are comfortable with.”

Bloys also gave an update on the five Game of Thrones spinoffs that are in development. “They’re moving along. We have some really talented writers working on them,” Bloys said. “The one thing I will tell you, which we talked about before, any sort of pilot-to-series [order], there’s not going to be anything on our air for a least a year after Game of Thrones airs. We’re not using the final season to launch a new show or anything like that. There’s going to be a separation between the two. These are among the best writers working and I’m hopeful.”

Kit Harington also provided some possibly exciting news about those final six episodes. The Jon Snow actor acknowledged that the final six episodes will run much longer than the usual one-hour length and may even be as long as 90 minutes. “We know we have six episodes – we are not sure whether they will run for 70 minutes or even 90 minutes,” Harington said. “There is so much work still to do. We haven’t put together a full episode yet as there is more filming. The length will be a network decision. But we are busy.” So there you have it, you won’t get any Game of Thrones in 2018, BUT you will get six short movie-length episodes that will be masterfully written with incredible Hollywoodesque production values.