People Are Making Deep Fried Water And Not Only Does It Taste Terrible, It’s Dangerous! 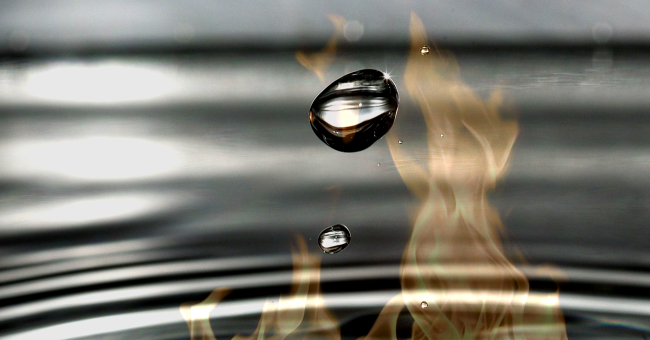 Here we go again as yet another odd trend has made its way to the internet. This time people are making deep fried water, and not only does it taste terrible, BONUS, it’s dangerous as well!

There’s an old (accurate) belief held by many that everything tastes better when it’s deep fried. The internet is littered with articles about why that is (hint: it’s because of all of that glorious fat). So why not deep fry some water?

Turns out, deep fried water is the exception to the rule.

Of course, as with anything that goes even remotely viral, this deep fried water trend has hit TikTok.

Deep fried water? Yes, it’s a thing – regardless of how weird it might be. ##tasty ##quarantine ##FYP ##FoodHacks ##tasty

And it’s a little more complicated than just boiling some water from your tap.

You’d think deep fried water is just a fancy word for boiled water, or at the very least an easy dish to scoop out. But that doesn’t seem to be the case. Made using a chemical compound called calcium alginate — a gelatin-like substance made from chemicals like aqueous calcium chloride and aqueous sodium alginate — that essentially binds the water in a liquid membrane, deep fried water first surfaced on the internet back in 2016. Its earliest online existence can be traced back to YouTuber, chef and fried food aficionado Jonathan Marcus, who coated the water in flour, panko crumbs, and eggs (though the latter is of course optional if you’re vegan), and fried 12 globules in peanut oil for an event befittingly called The San Francisco Stupid Sh** Nobody Needs And Terrible Ideas Hackathon.

Ah yes. Everything that is old is new again… on the internet.

You will note in that description that deep frying water involves these things called “chemicals.”

As Vice points out, “Given that water and oil don’t mix together, a small leak from the water globule can create a big splash… of scalding oil that explodes everywhere.”

Totally worth it though, right? Because it tastes, according to YouTube cook Eitan Bernath, like flavorless jello or jellyfish?

James Orgill, a chemical engineer and YouTuber, says it “tastes kind of salty and slimy.” Yummmm…

You’re totally going to be trying this, aren’t you?