Sea Shanty TikTok Is The Best Viral Trend Of 2021 So Far, Grab Your Tea And Rum 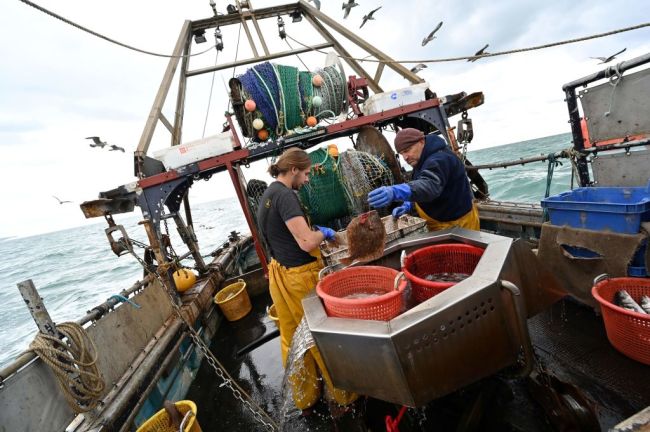 If you’ve recently found yourself drinking a mug of hot buttered rum while humming an old Scottish ditty and dreaming of the sea, you’re not alone. Among TikTok’s many viral trends and dances, one particular subset of the social media platform has become a sensation over the last few weeks. Shanty Tok, as it’s been named, resurrects the centuries-old tradition of sea shanties through collaborative video and song.

A sea shanty, as described by Oxford dictionary, is “a song with alternating solo and chorus, of a kind originally sung by sailors while performing physical labor together.” Crews would participate in a call-and-response-like chorus while out on the open seas that evolved into drinking songs and folklore as time passed. The resulting sound is always a little bit scraggly by nature of its vocalists, but that’s what makes it so great.

Of the handful of specific shanties that have blown up the internet, one in particular has really taken the spotlight. “Wellerman” is a song of New Zealand origin that tells the story of whalers waiting on a resupply ship. It dates back to the 19th century and has seen a resurgence after Scottish TikToker Nathan Evans posted the song on his profile.

The 26-year-old postman has been covering shanties for years and has no idea why this specific TikTok has gone wild. His original post has well surpassed one million viewers and has been incorporated into countless other videos that keep the trend going. The first popular addition came with a bassline.

From there, many videos added harmonies with bass, baritone and other choral parts.

Other musicians joined in and added instrumentals on top of the vocals.

Added strings to @anipeterson’s version as well because I got so many requests! @nthnevnss @_luke.the.voice_ #fyp #seashanty #wellerman #viral #fiddle

It just keeps growing and growing.

One user even turned the song into a club mix.

Surely by now, you have the song in your head and don’t want to stop singing along. Like this guy:

When I hand my brother the aux

There once was a ship that put to sea
The name of the ship was the Billy of Tea
The winds blew up, her bow dipped down
O blow, my bully boys, blow

Before the boat had hit the water
The whale’s tail came up and caught her
All hands to the side, harpooned and fought her
When she dived down below

Other ballads include the more well known “Drunken’ Sailor” and “Twiddles.” Here are some of the highlights:

#duet with @nthnevnss anyone else wish they could find the other 7 people in the world who supposedly look almost identical to you?

I do be jammin though #fyp #seashanty #music

#duet with @jonnystewartbass A bit froggy today but wanted to add to the chorus. #seashanty #thewellerman #kermit #fyp #foryoupage #wee

There is no telling as to why this trend took off, but once you give it a listen, it makes perfect sense. In a year of stress and uncertainty, the simple harmonies are a lovely breather. A study from the University of Oxford suggests that choral singing has a positive effect on people’s well-being, so as you walk around your house singing about tea and rum, have no shame and belt it out.