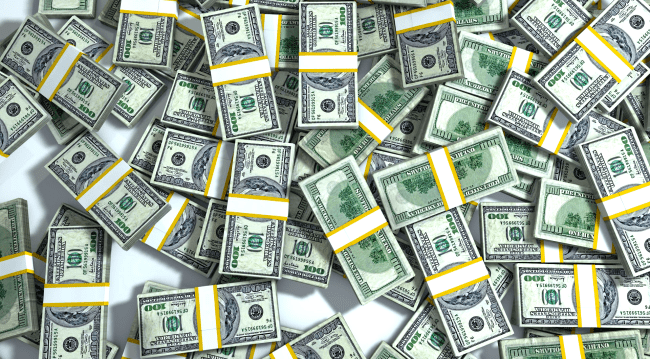 Lucky for Life. That is the name of the lottery game that Scotty Thomas of Fayetteville, North Carolina decided to play recently. It couldn’t have been more appropriate.

Because a person has to be pretty dang lucky to accidentally purchase two identical lottery tickets and end up winning one of the top prizes in the drawing with both of them.

“I was just laying in bed watching a basketball game on TV and I couldn’t remember if I filled it out or not,” the 49-year-old dump truck operator told North Carolina Lottery officials. “I went ahead and filled it out again and the next morning my son asked why there were two different amounts listed. I realized, ‘I think I filled it out twice.’”

Good thing that he did, because both of his $2 tickets ended up winning him jackpots of $25,000 a year for life.

“When I realized I won, I had to lay down on the floor because I really just couldn’t believe it,” said Thomas. “It’s just a blessing.”

Thomas says he will use his big windfall to invest in his business, pay off some bills, help out his family and possibly buy a house.

Thomas is definitely one “Lucky” guy.

The accidental purchase of two Online Play Lucky for Life tickets produced two $25,000 a year for life prizes for Scotty Thomas of #Fayetteville! “I had to lay down on the floor because I just couldn’t believe it,” Thomas said. Congrats! #NCLottery https://t.co/DOqCZzP6OF pic.twitter.com/u9o5mleaqL

Another guy whose luck isn’t too shabby, is Adam Conti, 37, of Brantford, Ontario, Canada.

Recently, Conti played the Ontario Lottery’s POOLS game which requires the player to choose a sport, a card number and which team will win.

“I’m very humbled and blessed to have this opportunity,” said Conti. “We paid off our student loans and got everything sorted out, put money away for the kids and for the future.”