Man Accused Of Sending 70 Texts To Woman Goes To Jail 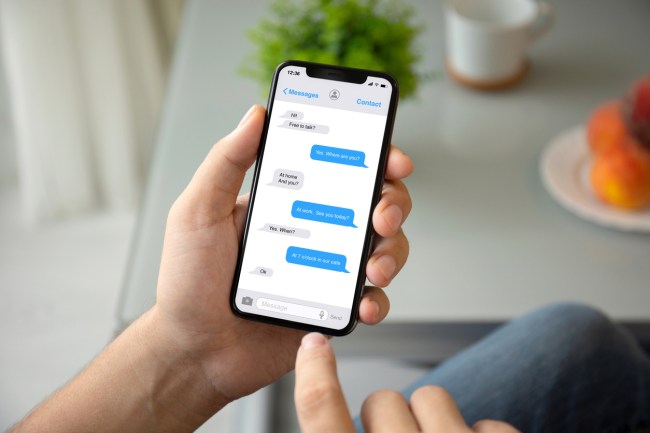 You need to be careful with your texting. People are out on these streets getting arrested for their aggressive texting habits. One man’s hostile texting approach got him thrown in jail and he is not the first or last person to do so.

Tyler Pellerino from Jamestown in Upstate New York near Buffalo, was arrested for sending a woman more than 70 text messages and calling her over 30 times. The man continued to harass the woman despite given a warning by the Jamestown Police Department to cease any future communications with the victim.

The 26-year-old Pellerino didn’t stop with the texts and phone calls. Pellerino drove by the victim’s residence and residences of her family members on several occasions for no legitimate purpose according to authorities.

Pellerino was arrested last Wednesday and charged with second-degree aggravated harassment and two counts of fourth-degree stalking. Pellerino was taken to the Chautauqua County Jail.

Last month, Jacqueline Ades was arrested and accused of sending more than 159,000 text messages to a man she went out with on one date. The woman claims that this is all a big misunderstanding, despite breaking into the man’s home.

Last June, a Florida man stalked a woman and sent her 800 text messages in one day. The man was a professor at University of Central Florida’s computer science department was charged with two misdemeanor counts of stalking. He reportedly stalked doctoral student who turned him down after a few dates.

Also last June, a Southern California man was arrested for allegedly stalking an ex-girlfriend. He sent her 4,000 text messages, called her over 300 times and hacked into her social media accounts after she broke up with him. He was charged with stalking.

In 2016, a Florida man was arrested for stalking after he reportedly sent a married woman 118 text messages over an eight-hour period. The two were allegedly having an affair.

The moral of the story is that you really need to chill with the harassing text messages because it can get your ass put in jail.