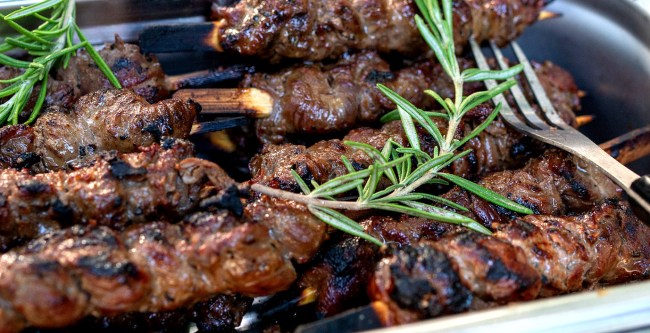 The definition of a restaurant offering an “all-you-can-eat” deal specifically states, right there in the name of the promotion, that a customer can eat literally as much food as they want for a certain price.

So much for that.

Because one man, a Chinese food live-streamer known only as Mr. Kang says he was recently banned from the Handadi Seafood BBQ Buffet in Changsha City after eating too much while taking advantage of the restaurant’s “all-you-can-eat” policy.

BBC reports that Mr. Kang ate 3.3 pounds of pork trotters during his first visit to the restaurant. Then, in another visit, he consumed an eye-watering 7.7 to 8.8 pounds of prawns.

The owner of the restaurant pleaded his case, saying he is not just banning Mr. Kang, he will no longer allow any live-streamer to eat at his restaurant.

“Every time he comes here, I lose a few hundred yuan,” he said. “Even when he drinks soy milk, he can drink 20 or 30 bottles. When he eats the pork trotters, he consumes the whole tray of them. And for prawns, usually people use tongs to pick them up, he uses a tray to take them all.”

A good portion of those who have been following it have, of course, made jokes (many Simpsons related), because, internet.

So many establishments should have made this rule for me. I apologize to @Sizzler_USA @rubytuesday and several other fine American establishments

As ever the Simpsons provides the answers...a deal benefiting both parties! pic.twitter.com/c6FdATK5nC