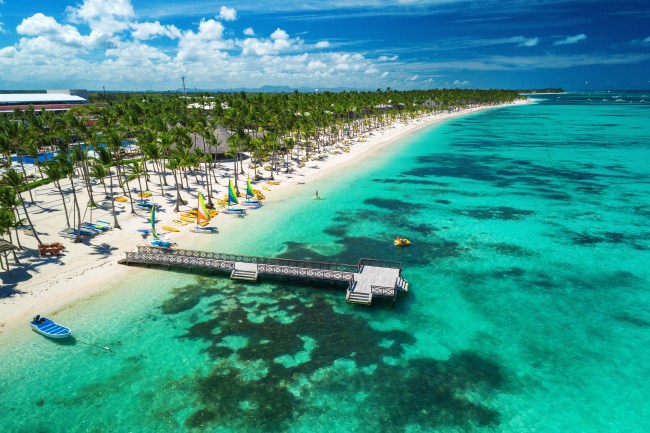 Stop me if you’ve heard this before, but a horrifying, confounding tragedy has occurred in the Dominican Republic.

Jerome Jester Jr., a 31-year-old Georgia man, was vacationing in the DR with his sister in March when he died of a ‘respiratory illness.’

A state department spokesperson told ABC News in a statement:

“We can confirm the death of a U.S. citizen in the Dominican Republic in March 2019. We offer our sincerest condolences to the family for their loss. Out of respect for the family during this difficult time, we do not have additional information to provide.”

Melody Moore, the man’s mother, claims to have spoken to her son around 7:40 p.m. on the night before he died. Jerome told his mother that he had been out sightseeing for the day in the Caribbean country and planned to fly home the next day at 10 am. Moore said he seemed fine on the phone but did mention drinking a soda which tasted a little funky.

Moments later, Jerome’s sister called back to report that Jester was vomiting and complaining he couldn’t breathe. Moore then instructed her daughter to call the police.

“I was panicking because I couldn’t get to my children,” Moore told ABC News.

Her daughter told her Jester “just dropped to his knees and started throwing up blood, and was calling for Mama,” she said. By 4:40 a.m., she said, “he was gone.”

Moore claims the family has not ordered a toxicology report because her son died before the slew of other reported deaths in the Dominican Republic, which has now amounted to 13 fatalities in under a year.

Now, the grieving mother feels compelled to tell her story and get answers.

“I would like to know the truth,” Moore said.