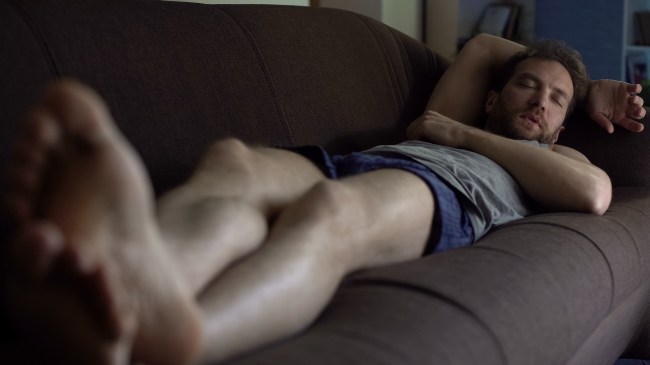 In the words of the great and powerful Jimmy McMillan, “THE RENT IS TOO DAMN HIGH.”

Did you know that nowhere in America can a full-time minimum wage employee afford to rent a two-bedroom apartment? To add insult to injury, downsizing to a one-bedroom apartment is affordable in only 12 counties located in Arizona, Oregon and Washington states, according to the Chicago Tribune.

One man has the answer. Kind of. Not really. Actually not at all. Sorry I said that.

On the morning of August 28, Ted Zarins, a 28-year-old man from Maine, was found unresponsive in his apartment by his landlord during an attempt to collect the tenant’s past due rent.

According to Fiddlehead Focus, the landlord called for assistance and Officer Curtis Picard of the Fort Kent Police Department and a Maine State Police trooper rushed to the scene.

When authorities arrived, they found Ted fully resurrected in what is now being dubbed The Main Miracle. Actually there hasn’t been one person to call it that.

The officers soon discovered that there was an outstanding warrant for Zarins, who allegedly failed to appear in court with regard to a criminal threatening charge.

Zarins was then given a lift to Aroostook County Jail and is set to appear at Fort Kent District Court on September 16.

I mean, I respect the hustle, Ted, but how’d you think this was really going to play out?

[Landlord, to himself]: Oh snap, I guess the 28-year-old man passed away of natural causes in his sleep. Collecting rent seems so trivial now that he’s dead. I guess I’ll just leave the dead body on my property to rot in remembrance of the victim. He’s in a better place now.