A Man Was Shot Dead In January For Trying To Enter Area 51, We Must Not Be Deterred 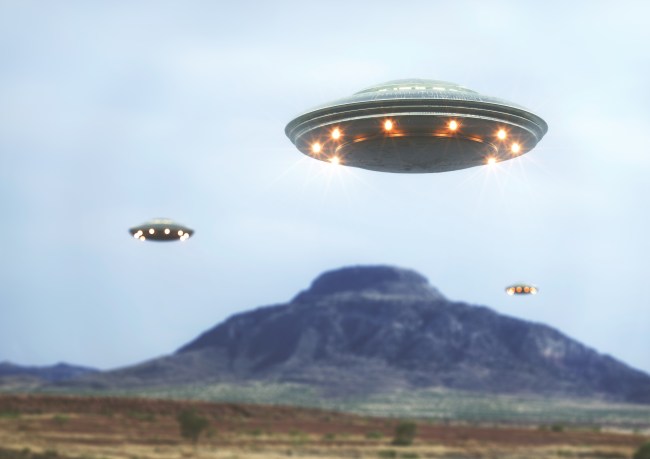 More than one million people are lined up in the tunnel waiting for Welcome to the Jungle to drop so we can storm out and clap some alien asscheeks at Area 51. I am head-to-toe in my Darth Maul armor, hopped up on Surge energy drinks, carrying a high octane t-shirt gun, prepared to fight for the entire human race. A wave of gratitude washes over me, a feeling that can only be experienced when one finds his purpose after 30 years of complacency.

My phone buzzes deep within my armor, and I contemplate even checking it. It could be Keanu Reeves praising my bravery and wishing me luck, I thought aloud. I looked down at my phone and saw a news notification reading:

According to Express, a press release from the Nevada National Security Site detailed an incident in January when a man refused to stop at the security gate and drove around eight miles while in pursuit of NNSS Security Protective Force Officers and Nye County Sheriff’s Officers. The man was reportedly trying to reach the classified U.S. Air Force base where many believe is home to crashed alien spacecrafts and other extraterrestrial material.

After eight miles, the individual reportedly came to a stop and exited the car, approaching the officers with a “cylindrical object” in-hand. The man then refused to listen to verbal commands from officers and was fired upon by several officers.

The man died at the scene.

The release served as a warning to the 1.3 million people vowing to storm the high-security area on September 20. As for where we stand now that this discouraging news has been released, I must check in with our fearless leader.

Looks like we’re still on. We ride at dawn.