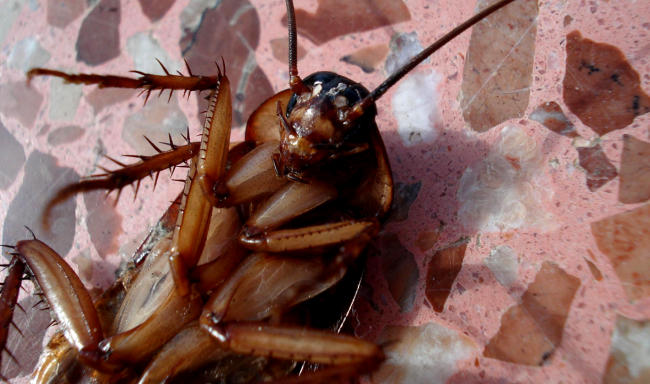 An Ohio man, Todd VanSickle, is claiming that he lost hearing in one ear after a cockroach crawled into it while sleeping at a a Myrtle Beach, South Carolina-area hotel.

He is now suing the Sands Ocean Club Resort for being “grossly negligent” by failing to inspect for cockroaches and for not utilizing pest control services. Sands Ocean Club Homeowners Association and Ocean Annie’s Operations Inc., the operators of the hotel, are also named in the lawsuit.

VanSickle claims in the lawsuit that the cockroach crawling into his ear caused him “extreme pain and loss of hearing.”

Earlier this year, a man from New Zealand, Zane Wedding, made the news when he reported spending three days with a cockroach living inside one of his ears.

After going to the doctor thinking he had water in his ear, trying some ear drops, and even using a hair dryer to no relief, on the third day a specialist finally discovered the cockroach in his ear and was able to remove it.

“In that moment I realized every movement I’d felt over the weekend was the cockroach moving around in my ear,” recalled. “I instantly thought of the fact I had just been pumping hot air into my head and cooking a cockroach in my ear canal all weekend. It made me feel sick. Every time she touched it I just imagined her squishing a cockroach into my eardrum, so I wasn’t the perfect patient. It was instant relief… I felt a pop as soon as the doctor pulled it away. Once I knew it was a bug it all clicked together… That’s why the water would move even when I was still. It was a cockroach moving in my head.”

Welcome to your new nightmare.