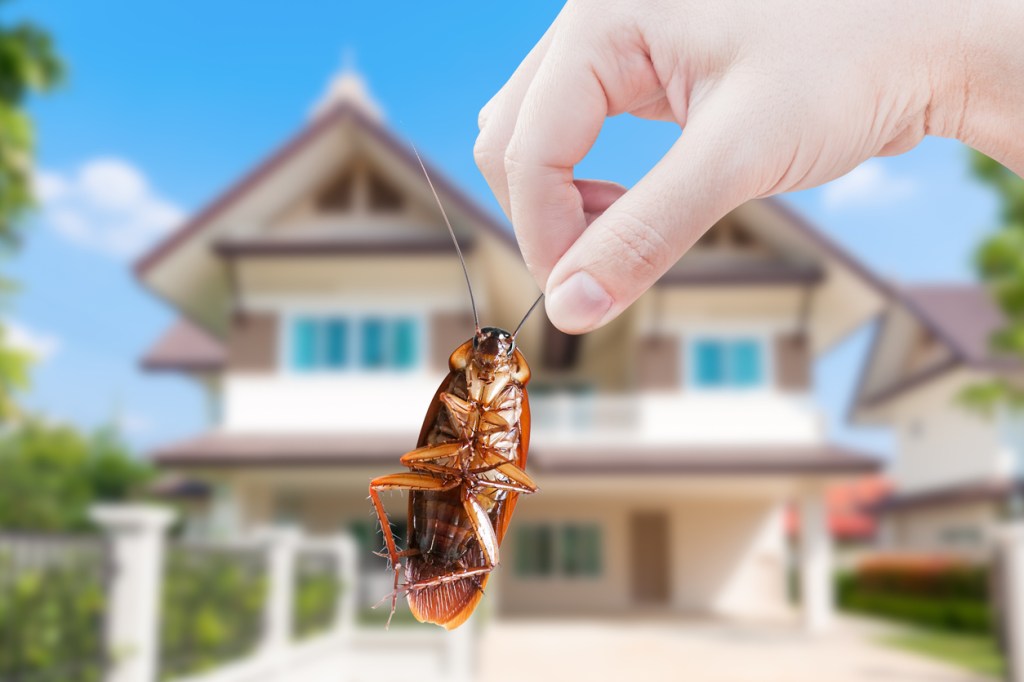 I’m having trouble imagining a real-life scenario that would make my skin crawl more than this one. My mind keeps going to the snakes and rats scenes in Indiana Jones but that was Hollywood and this is real-life for the man who had a cockroach in his ears for three days.

Zane Wedding is a 40-year-old man from New Zealand who spent three whole days with a cockroach living inside his ear. Initially, he thought there was water in his year. He sought out some drops to dry out his ear canals and that didn’t work.

Then he went to a doctor who advised him to use a hairdryer pointed into his ear canal to dry out the water. That didn’t work. And it’s at this point I have to question what the heck that doctor was doing if they didn’t see the dang cockroach in there???

Man With Cockroach In His Ear For 3 Days Describes Experience

He told CNN “I left the doctor with no relief at all. I spent most of the weekend laying on my side or jamming a hairdryer in my ear. When I had to walk around I would instantly be dizzy. When I would lay down, I could hear the water moving around my eardrum.”

‘Hear the water moving around’???? Nah, that’s just the cockroach that was living in there for a few days.

After the hairdryer did nothing he south the help of an Ear, Nose, and Throat specialist on Monday (day 3) who reacted with immediate shock and horror. The doctor told him ‘I think you have an insect in your ear.’ Now it was time for the extraction.

He told CNN about the harrowing ordeal and having the cockroach removed from his ear, a 5-minute process, but one that has left his skin crawling ever since.

Removing The Cockroach From His Ear Sounds Like A Nightmare

“In that moment I realized every movement I’d felt over the weekend was the cockroach moving around in my ear. I instantly thought of the fact I had just been pumping hot air into my head and cooking a cockroach in my ear canal all weekend. It made me feel sick. Every time she touched it I just imagined her squishing a cockroach into my eardrum, so I wasn’t the perfect patient. It was instant relief… I felt a pop as soon as the doctor pulled it away. Once I knew it was a bug it all clicked together… That’s why the water would move even when I was still. It was a cockroach moving in my head.” (via CNN)

Here is a picture of the cockroach:

Went to the Dr on Saturday with a blocked ear. The Dr said he couldn't see anything and it would go away by itself. Went for a second opinion today, and had a cockroach 🪳 removed from my ear. 3 days with a roach in my ear 🤮Perhaps avoid The Doctors Onehunga. pic.twitter.com/nOVL3qEIq7

I’d never be able to sleep right again. Going in pools would be a nightmare because anytime you got water in your ear you’d be reminded of the time there was a dang cockroach living inside your ear for days. My instincts say I’d need to go full Vincent Van Gogh and cut my ears off but that would just leave a bigger hole for the cockroaches to crawl inside in the future.

Also, this is the second time within a year that I’ve written about something crawling inside of someone’s ear. Back in October, I shared this video of a woman who had a tiny crab crawl inside her ear. What I learned from this video is you should plug your nose and blow hard to create pressure that drives the creature out.