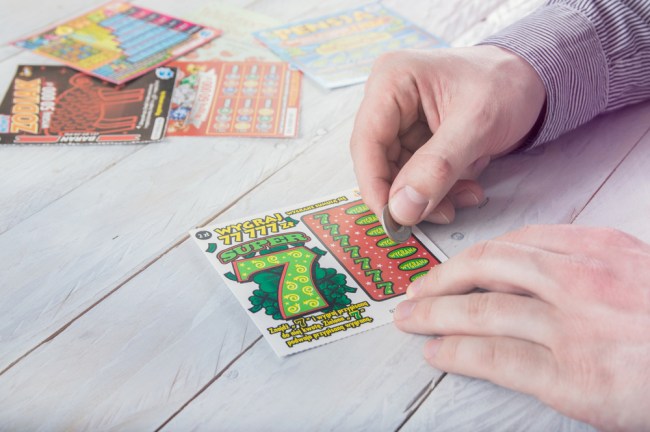 ‘Money won is twice as sweet as money earned’. This quote was spoken by Paul Newman’s character Eddie Felson in The Color of Money (1986), and it’s one of the most accurate quotes in movie history. Just think about it. Anytime you’ve won money at a casino, on DraftKings, or at the poker table, it feels infinitely better than when you see that Direct Deposit hit your bank account.

Now, imagine being the dude who just won $10,000 on a scratch off ‘Cashword’ lottery ticket. How awesome would that be? Winning ten grand on a scratch off. Then imagine showing up to cash in that ticket and finding out that you actually won 100x more than you thought you did. Is that not the best moment of your entire life?

When Waltham, Mass., school bus driver Edward Boudreau turned in his “$2,000,000 50X Cashword” ticket on Friday, he thought he was about to claim a $10,000 prize. According to the rules of the game, matching 10 corresponding words gets you 10 grand, which is nothing to sneeze at.
But that’s when lottery officials helpfully informed him just how much luckier he was. Turns out he matched 11 words, yielding him the $1 million prize, communications director Christian Teja confirmed to TIME.
He opted for a one-time payout, a total of $650,000 after withholdings raining down on him. (via)

Hopefully, this school bus driver from Massachusetts is a great dude and we don’t have one of these ‘milkshake duck‘ situations on our hands here. I’m tired of getting super stoked for people who make the news only to find out that they’re not great people at all. But I’m going to give this dude the benefit of the doubt and assume that he was the best damn school bus driver in Mass and deserves every penny of this money for his hard work. I’m also going to go buy lottery tickets during my lunch break.