The First Trailer For The Long-Awaited ‘Sopranos’ Prequel Is Here 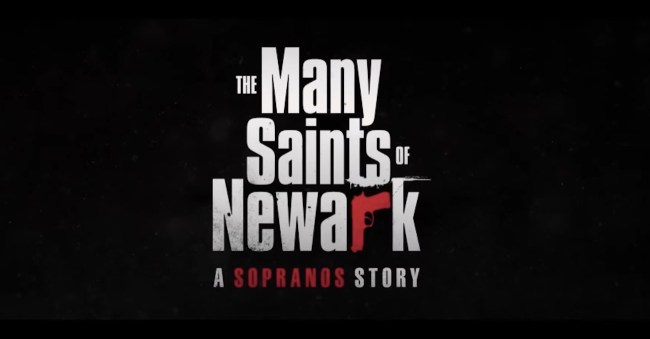 The first trailer for The Many Saints of Newark, the prequel film about the upbringing of Tony Soprano in 1960’s and 1970’s Newark, New Jersey, is here.

While not much is known about the specific plot, The Sopranos creator David Chase — who wrote and produced the prequel film — confirmed that the 1967 Newark Riots and the tensions between the Italian-American and African-American communities at the time will serve as a backdrop for the film.

In The Many Saints of Newark, the young Tony Soprano will be portrayed by Michael Gandolfini, the real-life son of James Gandolfini who will be making his feature film debut. Despite this film representing his acting debut, Gandolfini has put in a ton of work to prepare for the role, as he told Vanity Fair earlier this year that he’s listened to hours upon hours of his father’s monologues from the series, particularly from his scenes with Dr. Melfi.

The Many Saints of Newark — which represents the first entry in the Sopranos “universe” since the series went off the air all the way back in the summer of 2007 — will hit theaters and HBO Max on Friday, October 1. The film is directed by Alan Taylor, a frequent television director who’s helmed episodes of The Sopranos and Game of Thrones, in addition to films such as Thor: The Dark World and Terminator Genisys.

RELATED: James Gandolfini’s Son Discusses The Two ‘Sopranos’ Scenes That Kicked Him Directly In The Feels