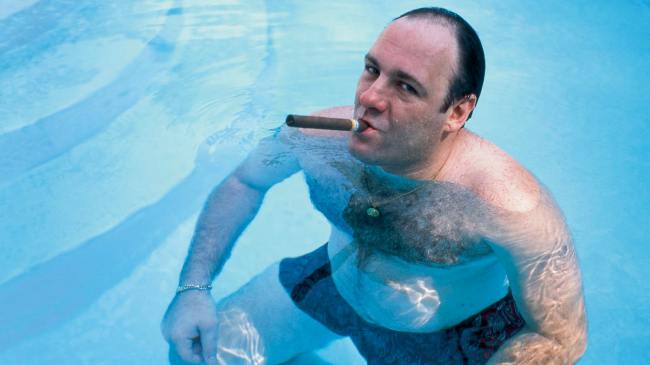 Well, well, well, would ya look at the time? It’s Almost Time For Another Sopranos Rewatch O’Clock here in glorious Northern New Jersey, home of the iconic TV mafia family.

If I had to guess, I think I’ve watched The Sopranos about three times now, all the way through. While I didn’t watch the series live — I was simply too young — I did tune into the finale because it was just *that* big of a deal. I remember watching the screen go black in my Wayne, New Jersey home and thinking “Man, this must really suck for people who’re actually invested in this” before I shrugged my shoulders and went back upstairs, thinking my cable feed had just cut out.

Obviously, thanks to the streaming era of content, I’ve since caught up on the chronicles of Tony Soprano and have fallen just as in love with the series as those who watched every Sunday at 9 p.m. for close to a decade.  What I find most interesting about rewatching The Sopranos is that — unlike Breaking Bad, where Walter White becomes increasingly reprehensible with every subsequent rewatch — you find yourself pulling for Tony a little bit more every time you tune in, which is a testament to both the longevity of the character and Gandolfini’s legendary performance. Long story short, I’m feeling like I’m due for a rewatch, especially with the prequel film The Many Saints of Newark set to be released this fall.

In case you haven’t already heard, in an instance of heartwarming “stunt” casting (this is his first acting performance), Gandolfini’s son Michael will be taking on the role of young Tony Soprano in this 60s-and-70s-set prequel.’

In a recent interview with Vanity Fair, Michael actually admitted that prior to taking on the role, he’d actually never watched The Sopranos, as his father didn’t want to see him as a cold-blooded, cereal-and-gabagool-gorging animal.

“My dad didn’t want me to see Tony Soprano—the violence, the angry, the mean. Of course I was on set and would visit him in his trailer, but I had never watched the show…. I never knew Tony Soprano. I only knew my dad,” James said.

But with the massive shoes of Tony Soprano to film, Michael not only watched all six seasons, but he also recorded four-plus hours of his father’s monologues from the series and played them on a loop in order to learn the character’s voice, cadence, and characteristics.

To be fair to Michael, he wasn’t just given the role out of nepotism, as he went through an audition process with director David Chase.

“I had this unspoken trust that David wasn’t going to cast me if there was even a shred that this isn’t going to work,” Michael admitted.

The Many Saints of Newark is currently scheduled to hit theaters and HBO Max on Friday, September 24.