Stunning 3-D Map Of 1.7 Billion Stars In The Milky Way And Will Blow Your Mind 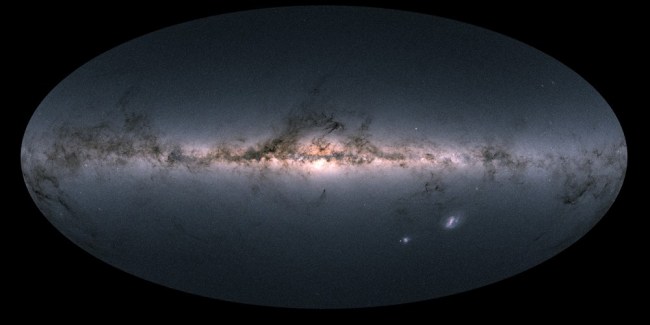 Are you ready to feel tiny and insignificant? Because this phenomenal new 3-D map of the Milky Way is about to blow your mind. The European Space Agency’s (ESA) Gaia spacecraft has provided astronomers with a treasure trove of invaluable information. The data has paved the way for scientists to create the largest and most accurate star map to date.

The stunning new map pinpoints precise locations of over 1.7 billion stars in the Milky Way galaxy as well as 500,000 quasars, plus an additional 14,000 objects orbiting our sun including asteroids. The ESA also mapped 75 globular clusters within our galaxy and 12 dwarf galaxies orbiting the Milky Way. What is being touted as the richest and most extensive map ever made of our Milky Way galaxy also features radial velocities, amount of dust, and surface temperatures of stars. 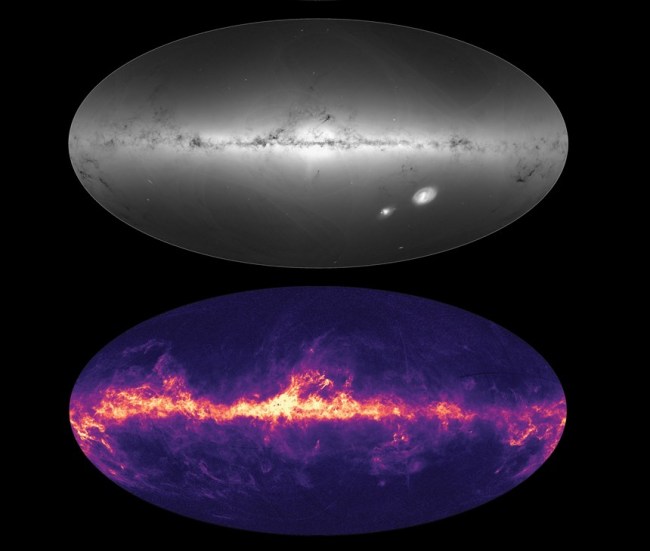 I think I see my house. Those eensy-weensy specks are actually ginormous stars, some as far as 8,000 light years away. Feeling insignificant yet? The dark spots are interstellar dust and clouds of gas, possibly creating new stars. The incredible map will allow scientists to better understand how our galaxy was formed and evolved as well as others. “Looking at these remnants, we can look in detail about how we think galaxies are forming,” said Dr. Timo Prusti, a Gaia project scientist. “How did the Milky Way come into existence, and what is the future of it? With the Gaia data, it’s possible to address these questions.”

The incredible three-dimensional map of our galaxy has so much information hidden inside that it will provide decades of research and discoveries. “This is the data we’re going to be working on for the rest of my career,” said Jackie Faherty, an astronomer at the American Museum of Natural History. The crazy part is that there are an estimated 100 billion stars in the Milky Way, so this massive atlas of 1.7 billion stars only gives a tiny glimpse of 2% of the cosmic landscape. Feeling insignificant yet?

The space catalog that offers unprecedented detail was created by the ESA’s Gaia spacecraft and released to the public on April 25, which includes hundreds of photos, videos, and documents. ESA’s 3,000-pound Gaia space observatory was launched in 2013 and has been orbiting the sun while peering deep into the galaxy. The $1 billion space probe uses its two telescopes to scan the sky and observe 100,000 stars every minute and has surveyed each star 70 times. Gaia will continue to map the Milky Way until at least 2020. Watch these videos next time you need to be brought back to Earth on how insignificant we all are in the grand scheme of things.