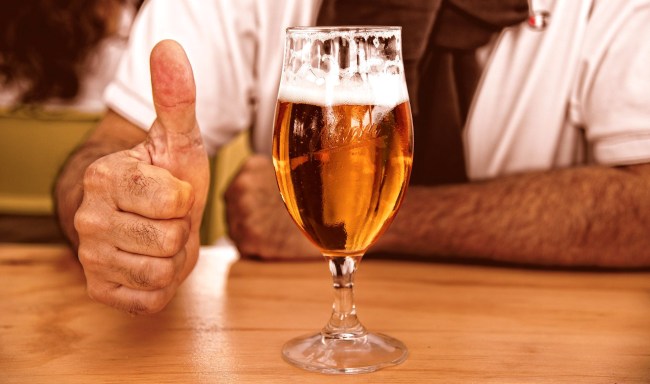 “Ah beer. The cause of and the solution to all of life’s problems,” once said the wise Homer Simpson.

Drinking beer has been a national pastime in America for as long as humans have known how to ferment hops. It’s the third most popular drink in thw world behind only water and tea. And that’s probably just because those other two drinks don’t require you to be of a certain age before you can consume them.

According to a recent study conducted by Vinepair, Americans drink about 6.3 billion gallons of beer every year.

To put that in perspective, 6.3 billion gallons of beer is enough beer to fill your bathtub around 126 million times.

You won’t believe which state leads the charge in sucking down the most suds per person. No way you’ll get it.

Midwesterners drink more beer than those in other regions, while Northeasterners drink the least. However, New Hampshire residents drink by far the most beer per capita of any state — likely due to the state’s unique lack of tax on alcohol. Meanwhile, Utah unsurprisingly drinks the least amount of beer per capita, as the predominantly Mormon state largely abstains from alcohol.

After New Hampshire, the states that claim the most beer drinking per capita are Montana, Vermont, and North Dakota.

What? No Wisconsin? I am shocked.

As far as total beer consumption by state, obviously the most populated states like California, Texas, and Florida drink the most beer overall, with Illinois, Pennsylvania, and New York not far behind.

Here are the top 10 for each category and tha amounts of beer consumed by each.

Nicely done, Pennsylvania, you are the only state to make both lists.

Check out the rest over at Vinepair.com.