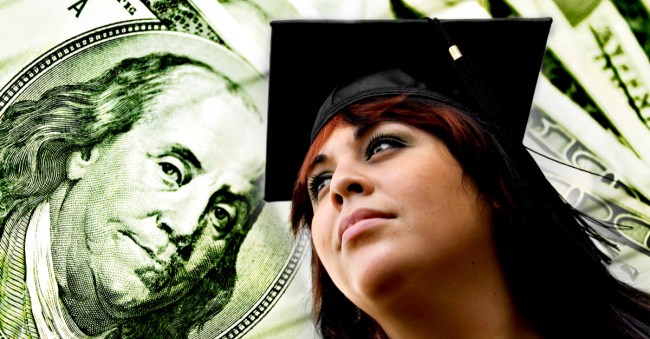 Going to college isn’t cheap so deciding which university to choose is a very important decision in a person’s life. So with high school seniors beginning to receive their college acceptance letters around this time of year, we thought we’d share a few facts about college tuition in the form of some easy-to-understand maps and graphics created by Simple Thrifty Living that show the in-state and out-of-state tuition costs throughout the United States.

Like I said, going to college is not cheap. According to the Consumer Financial Protection Bureau, “nearly half of student loan borrowers leave school owing at least $20,000 – double the share of borrowers a decade ago.”

• Since 2003, the percentage of borrowers starting repayment over the age of 34 has doubled, increasing from 25 percent to nearly 50 percent,

• 30 percent of borrowers are not paying down their loan balances after five years in repayment.

• More than 60 percent of borrowers not reducing their balances are delinquent.

So if you are in the position of deciding where to attend college, or know someone who is, hopefully these maps and graphics will assist you in making an informed decision. 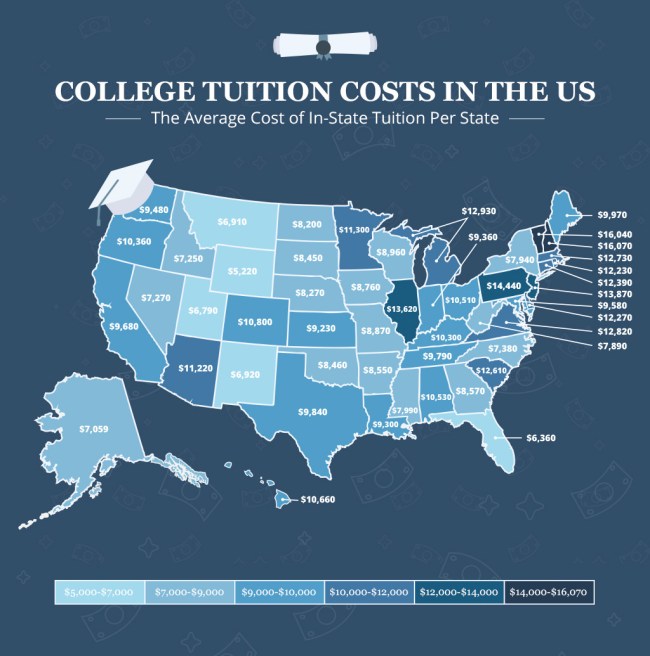 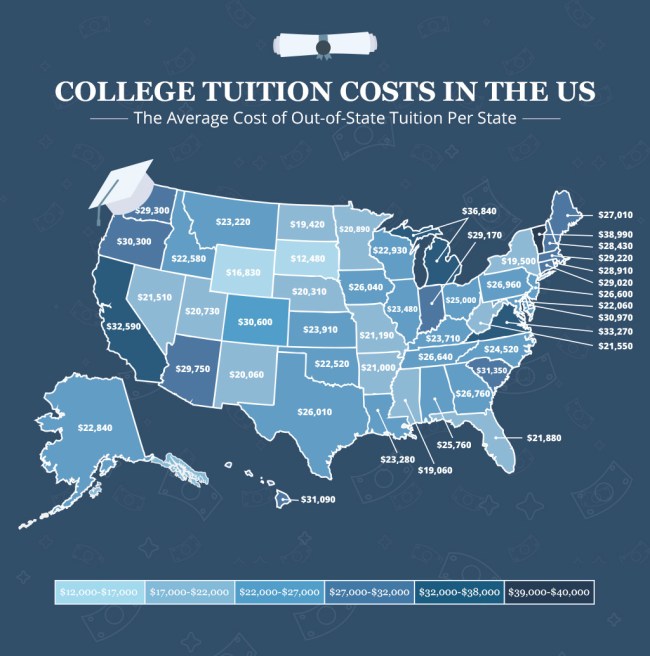 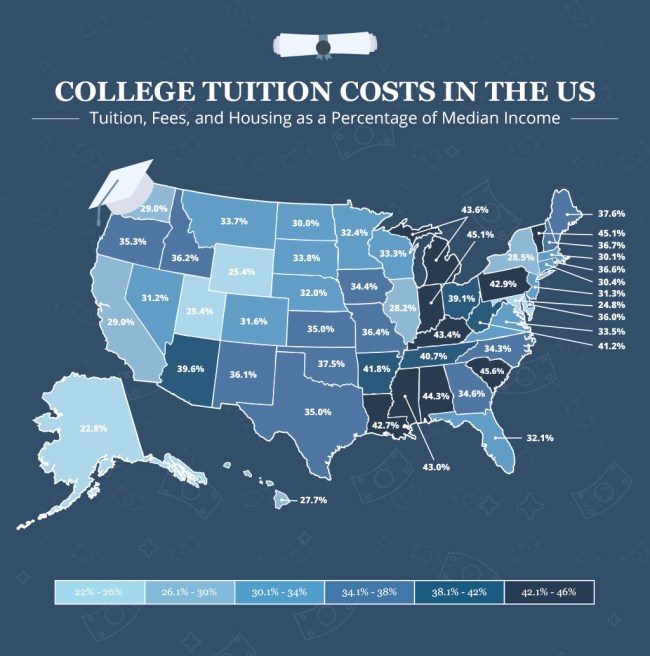 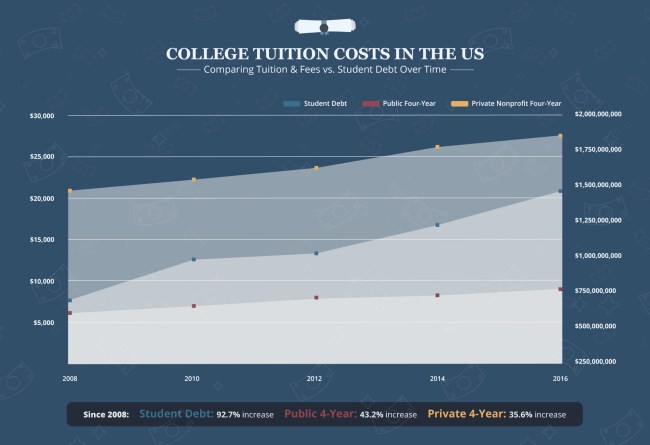 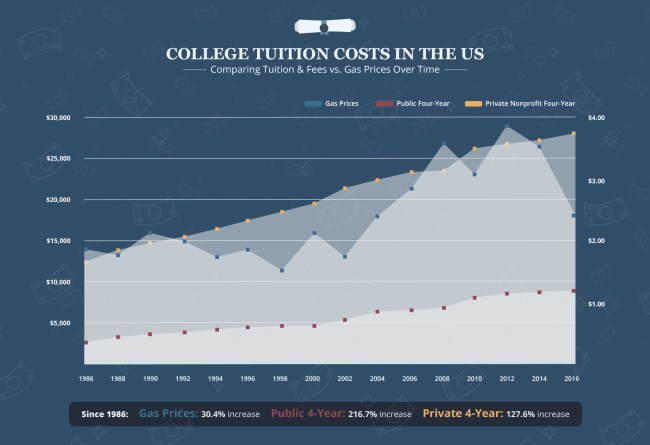 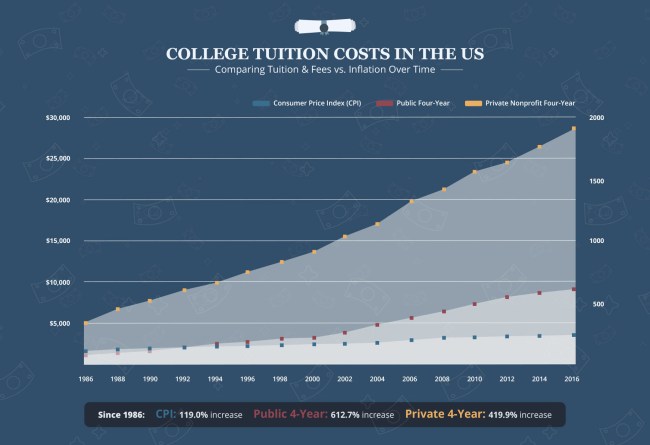