What Does ‘In Like A Lion, Out Like A Lamb’ Even Mean? Here’s Why The Phrase Is Used To Describe The Weather In March 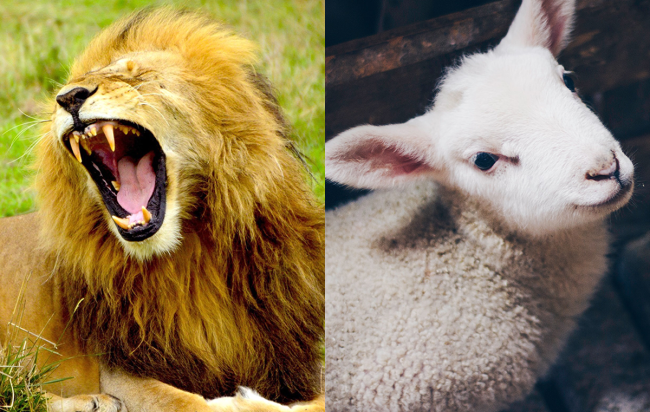 The English language is filled with sayings you’ve probably used at some point in your life without really paying attention to the words you’re actually uttering, but if you take a moment to stop and think about some of the most oft-repeated idioms, you’ll probably find yourself wondering what the hell some of the things that have likely come out of your mouth actually mean.

For example, the phrase “the greatest thing since sliced bread” doesn’t really stand up to much scrutiny when you consider you’d be hard-pressed to set the bar much lower when it comes to the one innovation all others should be measured against. That’s just the tip of the iceberg, as people constantly “let the cat out of the bag” without wondering why the hell a cat was put in a bag in the first place and describe easy tasks as “a piece of cake” despite the fair amount of time and effort that goes in baking one.

One of the upsides of the world going to hell is that it’s easier than ever to avoid pointless conversations with strangers, and even though most people are probably tired of talking about the pandemic by now, it’s sort of nice that the weather is no longer the default topic of conversation when it comes to making pleasantries.

With that said, if you find yourself engaged in an exchange concerning any inclement conditions you may encounter over the first couple of weeks of March, you might find yourself instinctively saying, “Welp, you know what they say: in like a lion, out like a lamb.” While it might be an incredibly trite observation, it’s also a fantastic way to bring a compulsory interaction to a fairly natural end, but after recently deploying it to do exactly that, I found myself wondering where the hell it came from.

It turns out I’m not the only one, as it appears the phrase sees a huge spike in interest on Google whenever March rolls around. However, as Fox59 points out, you might find yourself more confused than when you started once you start combing through the results based on the various stories concerning its true origin.

The most straightforward explanation is also the most obvious one, as using a lion and a lamb as a metaphor for the weather we’re typically treated to at the beginning and end of March makes sense when you consider the two animals are diametrically opposed on the “Gentleness” scale.

However, there are also some slightly headier explanations, including *hits joint harder than anyone has hit a joint before* the Bible. which describes Jesus as the “Lamb of God” who was resurrected as the “Lion of Judah.” When you consider Lent is celebrated in March, I guess you could argue this makes sense, but I’m probably going to go with the first one as opposed to making a leap of faith that rivals what Indiana Jones did in The Last Crusade.