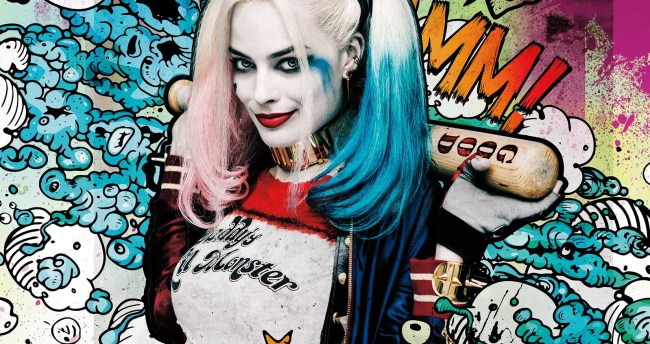 Ever since Margot Robbie showed up in Suicide Squad and killed it playing Harley Quinn in an otherwise mediocre film fans have been clamoring for more of Daddy’s Little Monster.

The good news is that there is not just one, but FOUR more films currently in development which will feature Robbie as the psychiatrist turned psycho: Suicide Squad 2, Gotham City Sirens and Harley Quinn and The Joker and her very own production, Birds of Prey.

It’s that last one that Robbie has been talking about recently and more than likely the one that will hit theaters first.

Speaking about the film in December, one of the things that Robbie said was, “I want to see her with other women. I kept saying when we were shooting Suicide Squad, ‘She needs her girlfriends,’ she needs other girls around her because she loves that,” Robbie said. “You see it in the comics. She loves meeting people, any people, but she needs her girl gang.”

In an interview with Collider this week to promote her latest film, Terminal, Robbie gave us even more insight into what she hopes to see in Birds of Prey.

“I pitched the idea of an R-rated girl gang film including Harley, because I was like, ‘Harley needs friends.’ Harley loves interacting with people, so don’t ever make her do a standalone film. She’s got to be with other people, it should be a girl gang. I wasn’t seeing enough girl gangs on screen, especially in the action space. So that was always a big part of it.

She reiterated that this is the one Harley Quinn project that has all of her attention in an interview with Moviefone.

“I want to make a girl gang, R-rated film that Harley is a part of,” said Robbie. “And we started working on it from there. Meanwhile, over the course of the next few years, the studio was exploring other Harley Quinn spin-offs. But I was not a part of those versions, I was always focused on this one with Christina [screenwriter Christina Hodson]. I know that they were exploring ‘Gotham City Sirens’ with David Ayer, and I know they were exploring a Joker and Harley Quinn movie, and they were exploring doing I don’t know what else. I wasn’t a part of those. I was focusing on this. I kept presenting it to the studio until they felt it was at a point where they were ready to do it. And now we’re all in.”

Considering the fact that the whole idea of a Gotham City Sirens movie is based on a recent comic book series from DC featuring Harley Quinn, Catwoman and Poison Ivy, it’s hard to see how two DC Comics “girl gang” movies will get made, but with the DC Movie Universe as chaotic as it has been, who knows?