Margot Robbie Continues Hollywood Domination, Will Produce And Star In An ‘Ocean’s 11’ Prequel 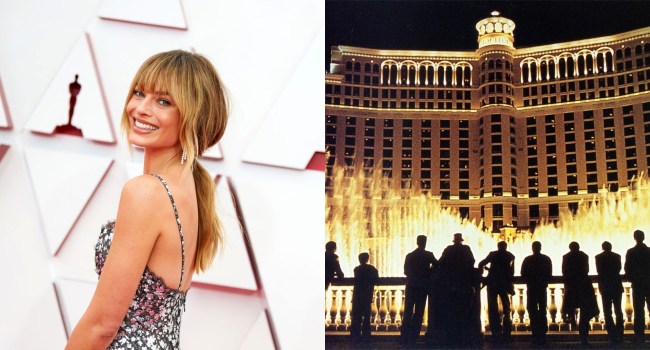 As I wrote earlier this week, Margot Robbie is probably Hollywood’s premier A-list actress these days, especially when you look at her filmography over the last few years.

That’s not all Robbie has on her plate, though, as 2023 will see her star in Greta Gerwig’s extremely-intriguing-sounding Barbie film alongside Ryan Gosling and in Wes Anderson’s Asteroid City with a bevy of other A-listers, including Tom Hanks, Tilda Swinton, Bill Murray, Adrien Brody, Bryan Cranston, Scarlett Johansson, and more. Plus, there are those ever-persistent reports that a new Pirates of the Caribbean film is being developed for her to star in.

RELATED: Margot Robbie Is Pushing For A Harley Quinn/Poison Ivy Romance On The Big Screen — Who Says No?

Despite all of her upcoming projects, Robbie has added another, as a report from The Hollywood Reporter indicates the 31-year-old two-time Oscar nominee will star in an upcoming Ocean’s 11 prequel. In addition to starring in the film, Robbie’s production company LuckyChap Entertainment (which made the Best Picture nominee Promising Young Woman) will produce.

The film will be directed by Jay Roach, who began his career with comedies such as the Austin Powers trilogy and Meet the Parents. In recent years, Roach has transitioned to more serious work with films such as Trumbo and Bombshell.

According to THR, “details on the script by Carrie Solomon are being kept in the vault but it is known to be an original Ocean’s Eleven that is set in Europe in the 1960s.”

At this time, it is unclear when the film will release, although the goal is to begin production next Spring. Regardless, if Margot Robbie is involved, then it’ll likely be good.

RELATED: ‘Pirates of the Caribbean’ Producer Confirms A New Film With Margot Robbie Is In Development