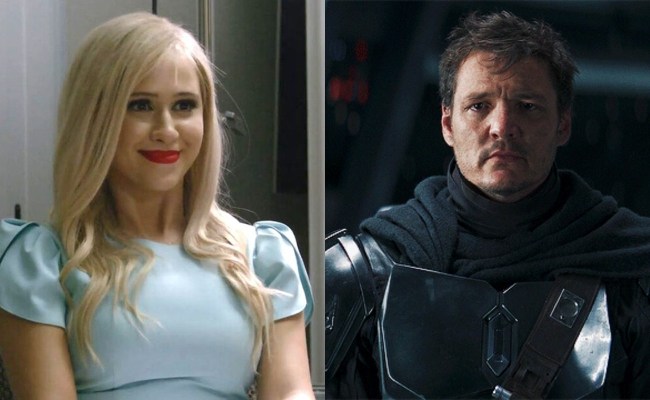 2020 wasn’t awful for everybody, you know. Just look at Maria Bakalova.

At this time a year ago, you’d never even heard of the 24-year-old Bulgarian actress. Fast-forward just 12 simultaneously short and long months, and she’s being discussed as one of the favorites to win the Academy Award for Best Supporting Actress… for her role as Tutar Sagdiyev in Borat Subsequent Moviefilm! Amazing. What an unbelievable sentence. Unbelievable is one of the most misused phrases in the American lexicon, but it truly applies in this case: imagine telling yourself in February 2020 — which is around the time Brad Pitt and Parasite were basking in the glow of their Academy Award wins — that not only would a Borat sequel be filmed in secret during a pandemic and released on Amazon, but that it’d be critically acclaimed to such an extent that its unheard star would be nominated for an Oscar (it also scored a Best Adapted Screenplay nomination). I certainly wouldn’t believe me.

And how could you not want her to win? The more the established order of the boujee Academy is upended, the better. That scene where Tutar and Borat are at a Georgian debutant ball is one of the most disgusting things I’ve ever seen on film. And yet there Bakalova was, in her first major acting role alongside the singular Sasha Baron Cohen, and she does not flinch. Not once. If that’s not acting of the highest order, I’m not sure what is.

Bakalova’s feel-good story extends beyond the nomination itself, as the actress apparently learned of the news while she was filming a scene in what’s sure to be her next big hit, Judd Apatow’s Netflix comedy The Bubble alongside Pedro Pascal, Karen Gillan, and Fred Armisen (it’s a meta-comedy about actors trying to make a movie while stuck in a bubble).

Oh my gosh it was so special sharing this moment with you, on set 💜
All my love🥺❤️

Instead, director Judd Apatow stopped the cameras to inform Bakalova that her high-wire performance as Tutar Sagdiyev in “Borat Subsequent Moviefilm” was recognized by the Academy of Motion Picture Arts and Sciences.

“I think I started shaking and literally lost my mind for a second,” she says. [via Variety]

We’re pulling for ya, Maria, and if the betting odds are right, we’ll certainly be bettin’ on ya, too.