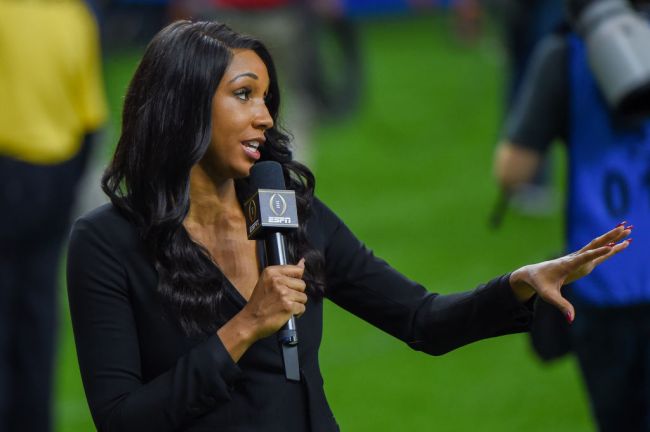 College GameDay/NBA Countdown host Maria Taylor and ESPN could be headed for a divorce soon.

According to NY Post’s Andrew Marchand, Taylor was offered a raise in the $5 million range and she turned it down because she wanted “Stephen A Smith money.”

NEW COLUMN: ESPN made Maria Taylor an offer that would've eventually brought her salary to near $5M, she declined it.

Her future at the network is now in limbo.https://t.co/2CcqwmVoc8

ESPN offered her a raise from her current salary of nearly $1 million per year that would eventually reach almost $5 million, according to sources.

Taylor turned it down.

Taylor, sources said, was hoping to be in the “Stephen A. Smith money” neighborhood, which is near $8 million annually.

Apparently, ESPN has taken the $5 million offer off the table and are now only offering Taylor $2-3 million/year.

But since the initial near $5 million offer was made during last year’s pandemic, the world at ESPN has changed even further. With Disney closely watching the network’s pocketbook, the majority of big earners at ESPN are being asked to take pay cuts.

But, in Taylor, ESPN sees someone it wants to keep. The near $5 million offer was made when ESPN was beginning its reduction of salaries across the board.

Today, ESPN wants to keep Taylor, but the initial offer is not on the table, according to sources. What she is being offered right now is not known, but it is believed to be in the $2 million-$3 million range.

It’ll be interesting to see what Taylor decides to do once her contract is up.