Mark-Paul Gosselaar Signs On To Return As Zack Morris In ‘Saved By The Bell’ Reboot; Next Up: Kelly Kapowski 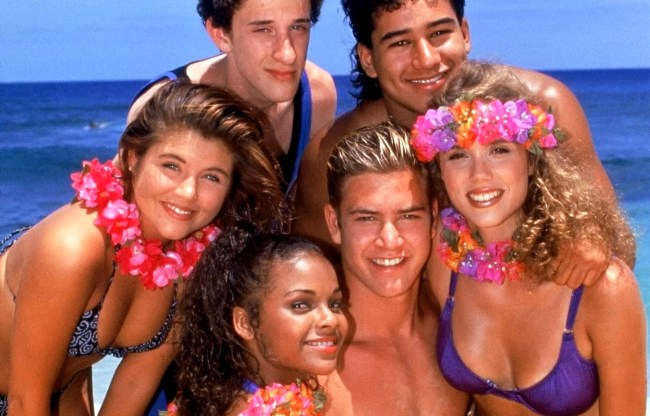 When news broke four months ago that NBCUniversal was planning on producing a modern day Saved By The Bell reboot, but the only actors from the original case that had signed on to reprise their iconic roles were Mario Lopez and Elizabeth Berkley, I wasn’t terribly excited.

No, Jessie, I said I was not excited.

Back then it was rumored that the show’s main character Zack Morris, portrayed by one Mark-Paul Gosselaar back in the day, was going to have been elected Governor of California in the revived series.

No, I am not kidding.

In fact, The Hollywood Reporter stated at the time that the plot of the series was going to explore “what happens when California Gov. Zack Morris (Gosselaar’s role) gets into hot water for closing too many low-income high schools and proposes the affected students be sent to the highest-performing schools in the state — including Bayside High.”

What they didn’t state was whether Zack would be played by Gosselaar or if the NBCUniversal was planning on jamming someone else into the role and attempting to make us pretend it doesn’t suck.

Welp… we needn’t have worried because Mark-Paul Gosselaar is back as Zack.

Sources tell The Hollywood Reporter that Gosselaar will appear in three episodes and also be credited as a producer. Those same sources say producers Universal Television are also in talks with former star Tiffani-Amber Thiessen, who played Kelly, to return in some capacity.

Gosselaar might have been able to be in more than three episodes, but he is also currently in the cast of ABC’s Black-ish spinoff Mixed-ish. (I’m still salty Pitch got canceled. He was great in that.)

THR also is still sticking with the Zack as Governor closing schools plot line so that will certainly be interesting. I wonder if he still hangs out at The Max?

Also confirmed for the cast of the Saved By The Bell reboot is Josie Totah who will be playing the lead role of Lexi, “a beautiful, sharp-tongued cheerleader and the most popular girl at Bayside High.”

No word yet on whether we’ll see Screech, Lisa or Mr. Belding on the show.

The new Saved By The Bell will appear on NBCUniversal’s upcoming streaming service Peacock, which is set to launch in April of 2020.