Whatever Happened To The Actress Who Played Tori On ‘Saved By The Bell’ Then Just… Disappeared? 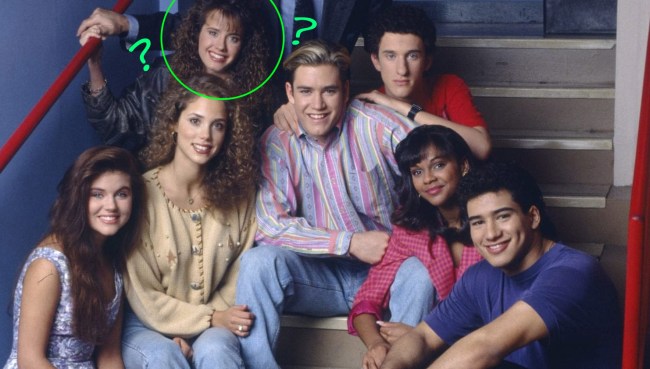 Something very odd happened during the fourth season of the classic sitcom Saved By The Bell during its fourth season. Two of the show’s stars, Tiffani Thiessen (Kelly Kapowski) and Elizabeth Berkley (Jesse Spano), just up and vanished. In their place appeared Leanna Creel playing a student new to Bayside High, Tori Scott.

This went on for 10 episodes in 1992 and 1993 before Kelly Kapowski and Jesse Spano suddenly reappeared for the season finale (and high school graduation episode) and just as suddenly Tori was gone from the show.

What the heck was going on? Well, it turns out that Thiessen and Berkley had refused to sign their contracts for the fourth season so NBC brought Creel in to be a new female lead. Thiessen and Berkley only appeared in the graduation episode because it was filmed before the contract disputes, which also explains why Tori vanished without a trace in that episode.

So what happened to Leanna Creel after she was unceremoniously dumped from the show when Thiessen and Berkley returned for Saved By The Bell: The College Years?

Well, Creel, who is an identical triplet along with her sisters Joy Creel and Monica Lacy (all three appeared in the films Parent Trap III and Parent Trap: Hawaiian Honeymoon together), didn’t do much acting after her role as Tori Scott. She appeared on one episode of One West Waikiki and one episode of Ned and Stacey, and as “Twin No. 2” in the movie Freeway, and that was it.

Latergram. Wednesday night's Phase One gala. #feelsgoodtogiveback and raise money for cancer research. Because cancer affects everyone. Thank you to everyone who gave.

However, her days in Hollywood were not over as she moved to the other side of the camera becoming a photographer and filmmaker, co-founding a film production company, Ignite Entertainment, and eventually running her own production company, Creel Studio.

Leaving acting behind for good, she enrolled in grad school at UCLA, where earned her MFA in film production. When she graduated, she partnered with an investment banker and worked as “the sweat equity” for their new company, figuring out how to make movies.

“It was baptism by fire,” she said of the experience. “I worked with Will Ferrell and Ben Stiller and Kate Hudson and learned a lot about film-making. But then I decided, ‘I think I want to be behind the camera,’ so we sold our company to Lionsgate.”

Now she’s married and works with her partner Rinat Greenberg, with whom she has two children, and works professionally shooting travel and lifestyle photography and videos.

When she isn’t busy catching up with the old gang, that is.

Catching up with the old gang. #savedbythemax

And now you know.

Previously in “Where Are They Now?”
• MLB legend Josh Hamilton
• The actress who starred as The Empress in The NeverEnding Story
• Ashley Harkleroad, the tennis phenom who posed for Playboy
• The actress who played Six on Blossom
• The five sons who appeared on Malcolm in the Middle
• Little League legend Mo’ne Davis
• The creepy girl from The Ring movie
• The “Overly Attached Girlfriend”
• The little blonde girl who played Eminem’s sister in 8 Mile