Where Are They Now? The Actress Who Starred As The Empress In ‘The NeverEnding Story’ 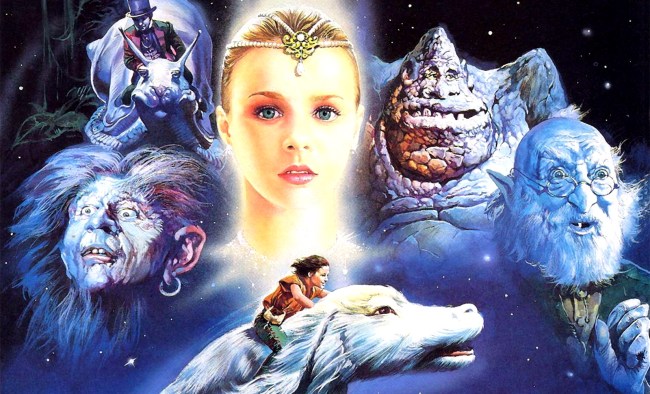 One of the most enduring children’s movies of all time, The NeverEnding Story, turns 35-years-old in 2019. Don’t know about you, but I watched it when I was a kid. My kids watched it. And I am sure that my grandkids will someday watch it. That’s because, for a 35-year-old movie, it still holds up pretty well.

The movie was adapted from a German novel of the same name written by Michael Ende (who hated the film) and was the first movie in The NeverEnding Story film series. Wait? What?

The first film in the series, the one we’re talking about here today, starred Barret Oliver in the lead role of Bastian Balthazar Bux, Noah Hathaway as Atreyu, Gerald McRaney as Mr. Bux, Alan Oppenheimer as the voices of Falkor, Gmork, Rock Biter, and the Narrator, and Tami Stronach as The Childlike Empress – also called Moon Child in the film by Bastian.

As those who have seen the movie, The Childlike Empress was very important to the story because if she were to die (she is ill when the film begins) Fantasia, where most of the movie takes place, would cease to exist.

So what with 80s nostalgia currently at an all-time high, what happened to the young lady who made her acting debut playing The Childlike Empress, Tami Stronach? After such an amazing role at such a young age, where did she go from there?

Well, first of all, Stronach now 46-years-old, did NOT appear in the second and third NeverEnding Story films.

According to Stronach, “My parents were very concerned about the impact of all this on a child growing up. They are archaeologists and the opposite of stage parents. When the film ended I was encouraged to concentrate on dance. I went to a dance conservatory and have been dancing professionally in New York for 10 years. I am glad I danced through my 20s because that is the time to do that.”

However, before all that, with The NeverEnding Story still fresh in the public mind, Stronach released an LP made up of songs “Fairy Queen” and “Riding on a Rainbow.”

Stronach did eventually return to acting every now and then with her most recent work taking place alongside Lauren Holly in the film Ultra Low scheduled for release on July 15, 2019.

She also has her own website, of which she has said, “It’s a weird portal into my brain and one channel leads to Tami Stronach dance and the other channel leads to Paper Canoe Company which is the family entertainment company. Then there’s another acting tab on there which keeps track on things like a Comic-Con appearance or other kinds of things like that.”

Previously in “Where Are They Now?”
• Ashley Harkleroad, the one-time tennis phenom who posed for Playboy
• The actress who played Six on Blossom
• The five sons who appeared on Malcolm in the Middle
• Little League legend Mo’ne Davis
• The creepy girl from The Ring movie
• The “Overly Attached Girlfriend”
• The little blonde girl who played Eminem’s sister in 8 Mile