Ever Wonder What Happened To The Actress Who Played Six On ‘Blossom’? This Is What We Found 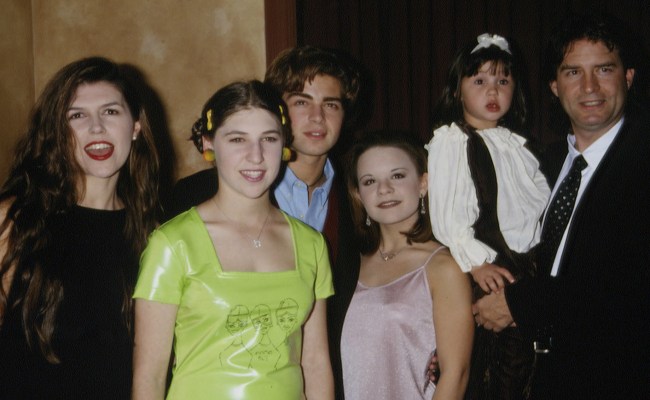 The popular NBC sitcom Blossom aired for four seasons from 1991 to 1995. Two of the show’s stars went on to have tremendous success in their post-Blossom years: Joey Lawrence and Mayim Bialik.

But whatever happened to the third main character on the show, Blossom’s BFF Six?

Most of us know that Lawrence parlayed his work playing Joey Russo into acting roles on TV shows like Brotherly Love and Melissa & Joey and also dabbled in music.

And almost everyone knows that Bialik went on to star on the long-running CBS sitcom The Big Bang Theory (much to everyone’s chagrin) and was even nominated four times for a Primetime Emmy Award.

After Blossom ended, von Oy went to film school at USC, and was a member of the Kappa Alpha Theta sorority, but dropped out after a couple of years in order to resume her acting career.

Since then, von Oy has appeared in a couple of TV movies, made guest appearances on several TV shows, and even starred on the UPN (look it up) sitcom The Parkers from 1999 to 2004.

And the last time she appeared in a movie or on TV was in 2017 when she showed up on an a Cops vs. TV Sitcoms episode of Battle of the Network Stars. Todd Bridges and Dave Foley were on her team, while Erik Estrada, Kelly Hu, and Jodi Lyn O’Keefe were on the winning Cops squad.

Yesssssss!!!! We’re back on @Hulu in all our glorious flowered hat-wearing, acne-ridden, teen angst-plagued selves, @missmayim!!!! Thanks for the love, @nytimes!

For those of you who’ve been asking for additional proof that this reunion actually took place… YES! Mayim and I got to catch up and have lunch together during my recent LA trip. If you think we’re just two girls who are bound by history alone, you’d be underestimating the power of our connection. I’m so appreciative of this woman right here. “Blossom” was a mere stepping stone in our friendship… I’m so grateful for you, @missmayim! ❤️

#ThrowbackThursday to a photo shoot I did in my mid 20s. There's nothing like the magic of a wind machine to make one feel photogenic… #tbt

I always love the chance to catch up with a dear friend I haven’t seen in ages. And cuddling with her adorable eight-month-old son to boot? Yes, please! SO good to see you, @horrorgal!!!! Xo

W/ my dear friend @RealSMG, back when she had a pager & I thought belly chains were a good idea #TBT #ThrowbackThursday

The stunning @TAThiessen & I, circa the Saved By The Bell/Blossom years. Loving our "fashion sense!" #Throwbackthursday

Previously in “Where are they now?”
• The five sons who appeared on Malcolm in the Middle
• Little League legend Mo’ne Davis
• The creepy girl from The Ring movie
• The “Overly Attached Girlfriend”
• The little blonde girl who played Eminem’s sister in 8 Mile