Dear God, No… Kaley Cuoco Says She’d Like To Reboot ‘The Big Bang Theory’ In 2020 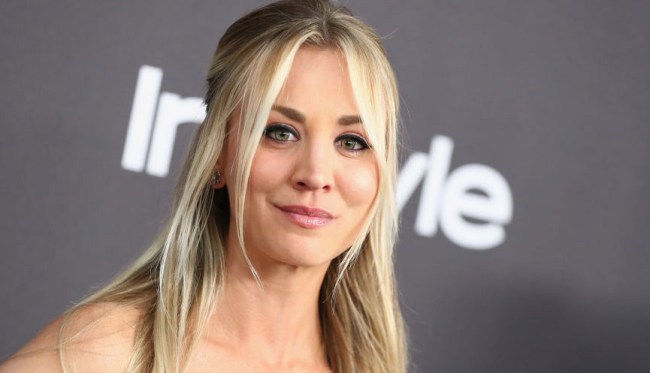 Listen. Don’t misconstrue what I am about to say here. I am all for Kaley Cuoco reappearing on my television set once The Big Bang Theory mercifully comes to conclusion. I just have absolutely zero desire for it to be in a freaking reboot of that same insipid television show.

In other words, slow your roll, Kaley, with the Big Bang Theory reboot talk. No one wants that. (Yes, I know it obviously has a zillion fans or the cast wouldn’t be making way more bank than even the actors on Game of Thrones. Hell, Jim Parsons reportedly gave up a potential $50 million to let the show die. I just like to pretend that it doesn’t.)

Somehow this interview Cuoco did with Nancy O’Dell on the Golden Globes red carpet on Sunday slipped past my radar (probably because I didn’t watch any of the Golden Globes coverage), and now I feel the need to try and put a halt to any and all of this reboot talk.

“You cannot leave The Big Bang Theory. The show needs to keep going on and on and o. We cannot stop,” O’Dell erroneously said to Cuoco.

“We can always let it go for a year then have a reboot,” said O’Dell, channeling Satan.

“Everyone’s doing rebooting. We might as well do it in, like, a year!” Cuoco excitedly responded. “I’m fine with that! Forever.”

Considering the fact that the cast of Friends is still raking in around $20 MILLION annually 15 years after the show came to an end, there really is no need for a reboot, Kaley. … KALEY?!

Watch the carnage unfold below.