‘Saved By The Bell’ Getting Rebooted With Slater, Jessie, And Maybe More Original Characters Returning 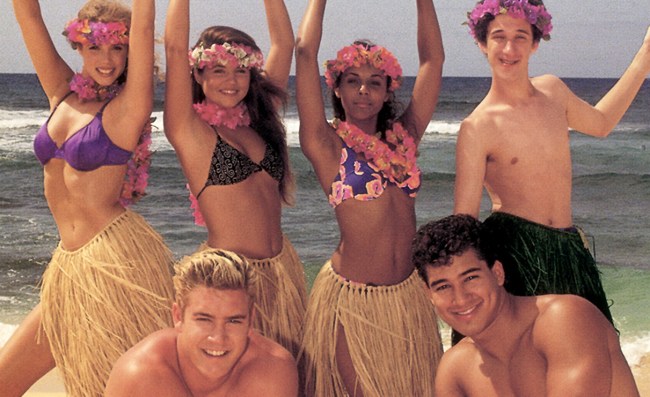 You know what’s great about all of these new streaming services like Disney+, HBO Max, DC Universe and NBCUniversal’s Peacock? They have loads and loads of space to fill so they have to create a bunch of new TV shows to try to get us to watch.

You know what’s not great about all of these new streaming services? They have loads and loads of space to fill so they have to create a bunch of new TV shows to try to get us to watch. I mean, with hours upon hours of content needed there are bound to be some clunkers that get made, right?

According to The Hollywood Reporter Mario Lopez and Elizabeth Berkley are already signed.

The new straight-to-series comedy explores what happens when California Gov. Zack Morris (Gosselaar’s role) gets into hot water for closing too many low-income high schools and proposes the affected students be sent to the highest-performing schools in the state — including Bayside High. The influx of new students gives the over-privileged Bayside kids a much-needed and hilarious dose of reality. Lopez and Berkley will return to play their beloved characters A.C. Slater and Jessie Spano, respectively, in what sources say are new roles as parents.

THR adds that NBCUniversal is also reportedly in talks with other cast members, including Mark-Paul Gosselaar.

NBC’s Peacock streaming service is scheduled to launch in April 2020 and will also include a reboot of Battlestar Galactica and Punky Brewster. Also of note, every season of Parks and Recreation will hit the service in October 2020, followed by The Office in January 2021.

Related: 30 Thoughts About The ‘Saved By The Bell’ Episode With Zack Attack To Celebrate The Show’s 30th Anniversary