Mark Ruffalo Said ‘Avengers 4’ Reshoots Aim Is To ‘Finish’ The Film Which Is Changing In Real Time, Not Fix It 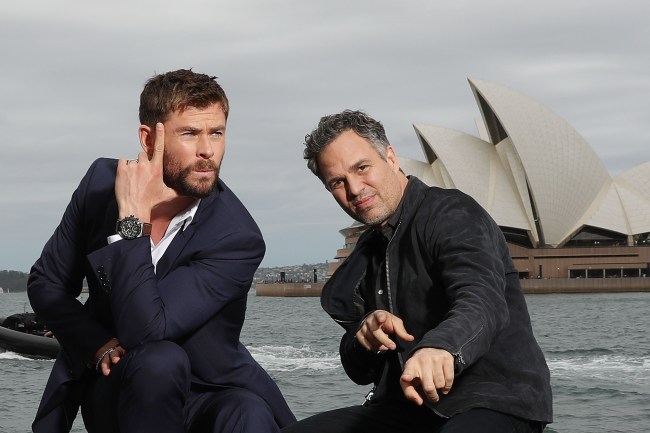 Typically, when a film undergoes reshoots it’s not a great sign. It’s often done when there’s something wrong with the finished product and the head honchos come back with a ‘fix your shit’ message. But reshoots can be done for a lot of reasons, and it’s not always a bad sign as appears to be the case with the Avengers 4 reshoots.

We didn’t cover it here on BroBible back when it happened, but there was a time leading up to Avengers: Infinity War when Mark Ruffalo was on the press circuit and pretty much spoiled the ending to the entire film. At the time, nobody really thought anything about it and it was a bigger story after the film came out.

Flash forward to present day and as my old colleague Andrew Husband at UPROXX points out, Marvel has sort of kept Mark Ruffalo in isolation when it comes to press because they (presumably) don’t want him to spoil anything else.

In a recent interview with Deadline, Mark Ruffalo discussed the nature of the Avengers 4 reshoots in a way that sheds light on what’s going on with the film without giving too much away. It appears as if the studio doesn’t know how it’ll wrap up, that the actors are clueless, and everyone is making it up as they go along.

As I’m sure you already know, Mark Ruffalo plays The Hulk/Dr. Banner and is one of the members of The Avengers squad so he definitely has insight into what’s happening on a level that most tertiary actors and film crew members never would.

“We’re doing reshoots starting in September, and then we’ll go back into the international tour, we’ll go on tour,” Ruffalo said. “Then you guys will get the second installment. Which we don’t even know what it’s gonna be yet. We’re not just doing reshoots. We’re going to finish the movie, which we really didn’t get to finish totally when we left it last year.”

“I don’t even know that they really know exactly,” Ruffalo said. “Some of it is happening while we’re there. It’s pretty amazing. And we’ll shoot some stuff and a few days later come back and reshoot it ’cause we wanna take it in another direction. It’s a very living organism; even as we approach it being a locked picture, we’re still working on it.” (via Deadline)

This could very likely be a ploy by the directors to ensure that nobody is able to spoil the ending before the film comes out or it could be that the film is genuinely changing it up in real time.

It’s unclear who will be resurrected from Avengers: Infinity War. If all of the fallen will return or if it’ll be a select group.

My own theory is Brie Larson’s Captain Marvel is going to go back in time to a point where everything resets, or she’ll create some mechanism that completely resets the MCU as we know it. When Thanos told Tony Stark ‘I hope they’ll remember you’ I think it was alluding to a future timeline where The Avengers never assembled, and some of them might even be enemies.

A hard reboot like this would allow Marvel to start pumping out fresh films without having to navigate the intricacies of previous timelines. And it’s my understanding that nothing like this really exists in the comics source material that they’re using for these films but I can still see this happening.

CHECK IT OUT: Five Theories About What Will Happen In ‘Avengers 4’ And Five More About What The Title Will Be

For more on the Mark Ruffalo interview you can click here to visit Deadline.