Mark Strong On His Role In ‘Sunshine’, One Of The Most Criminally Underrated Sci-Fis Of The Century 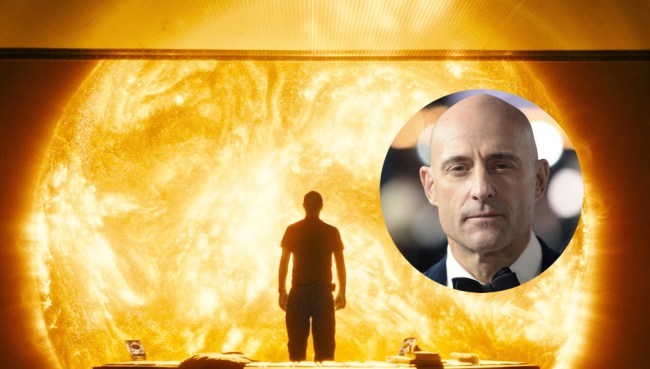 Chris Evans. Cillian Murphy. Rose Byrne. Mark Strong. If I told you that an upcoming movie boasted that sort of cast, you’d likely assume the movie is some big-ticket Hollywood blockbuster, perhaps even something set in the Marvel Cinematic Universe. Such is the nature of Hollywood these days.

This cast, however, did once exist, albeit in what feels like a lifetime ago: in Danny Boyle’s 2007 sci-fi Sunshine, a film that I consider to be one of the most underrated, and therefore underseen, movies that the science fiction genre has to offer.

During an exclusive interview with BroBible’s Post-Credit Podcast, we asked Strong — who stars as the villainous Pinpacker in the film — about how he landed his role in the film, how the character was created, and when Sunshine will finally get the respect it deserves.

Make sure to check out Strong in #Cruella when it hits theaters and Disney+ on May 28! pic.twitter.com/6y1AeN62Te

“The interesting thing about that [film] was Danny Boyle and I had worked on a play and something on the television with him, but we’d never done a movie together,” Strong said.

“And I went, ‘No, no, no — I want to have a go at that one.’ Because when it was originally written in the script, the idea was that he was almost transparent, so that when you saw him, he was just, sort of, burning. And you could see through him. But when they got on set, what they realized was, in order to dim the lights to make the UV work so that you could see that effect, there wasn’t enough light to film the scene. It became very complicated.”

“Danny had to make a choice about what to do with Pinbacker, and a bit like the shark in Jaws, he realized you’ve got to try and not see him too early. And when you first see Pinbacker in that sun room — it’s the best.”

Make sure to check out Strong in Cruella when it hits theaters and Disney+ Premier Access on May 28. I saw Cruella and thought it was excellent, so also keep your eyes posted for our full review of the film next week. Furthermore, our full interview with Strong will be releasing on Friday, so keep your ears open for that.