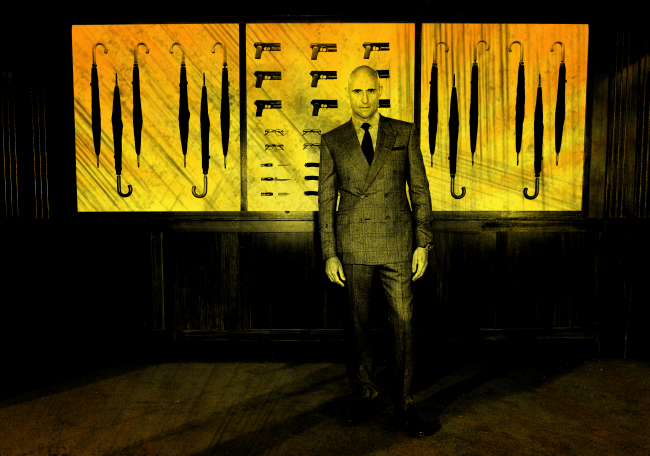 Every time I think about the Kingsman franchise — I’m still PATIENTLY awaiting the long-delayed prequel, by the way — I’m reminded by how caught off guard audiences were by it.

No disrespect to the already-popular source material, the obviously talented director, and the franchise’s lead actor, but the general movie-goer likely hadn’t heard of Kingsman, Matthew Vaughn, or Taron Egerton back in the mid-2010s. That all changed rather quickly, though, as 2015’s Kingsman: The Secret Service became one of the surprise hits of the year, launching a full-fledged franchise in the process.

A key component to the success of Kingsman is its supporting cast, which is filled out by real actor’s actors. The original, of course, stars Colin Firth, Samuel L. Jackson, Michael Caine, and Mark Strong, while the sequel added Channing Tatum, Jeff Bridges, Halle Berry, Pedro Pascal, and Julianne Moore to the mix. That’s five Academy Award winners right there — Firth, Caine, Bridges, Berry, and Moore!

Speaking of that sequel, Kingsman: The Golden Circle, our Post-Credit Podcast recently spoke with the always-excellent Mark Strong about the instantly revered death of his character Merlin, which saw the dapperly dressed father figure sacrifice himself while serenading henchmen to the tune of John Denver’s iconic “Take Me Home, Country Roads”:

“Are you aware of how many grown men out there were emotionally affected by your death in Kingsman 2? And do you remember your reaction the first time you read the script?,” we asked

“First of all, what happened was, [director] Matthew Vaughn rang me up before I even read the script and he said, “Listen, I think this is what’s going to happen to Merlin in the second film,” Strong told the Post-Credit Podcast.

And I was like, “Okay, well if you feel like that’s what needs to happen then so be it.” And when I got to then read the script, and when we got on set to do it, that was the way it was gonna be. But, remember, it was written by *guys*, ya know what I mean? Mark Millar wrote the original, Matthew Vaughn… although [screenwriter] Jane Goldman had a hand in it.

I think it was very much… it’s a *guy’s* death, isn’t it? Not only does he get to sing “Country Roads”, but he gets to knock some guy halfway through. They are a gang, aren’t they? Those guys — Harry, Eggsy, and Merlin. They’re a team. They’d come through the whole of the first thing [film]. They’ve come through the whole of the second [film]. They’re interwoven with one another in their lives, and that is the moment of ultimate sacrifice.”

Make sure to check out Strong in #Cruella when it hits theaters and Disney+ on May 28! 🍿 pic.twitter.com/vbPYttBMYk

Make sure to check out Strong in Cruella when it hits theaters and Disney+ Premier Access on May 28. I saw Cruella and thought it was excellent, so also keep your eyes posted for our full review of the film next week. Furthermore, our full interview with Strong will be releasing on Friday, so keep your ears open for that.

The soundtrack is excellent, the use of dogs is both adorable and inventive, the humor is sharp, and the IP is irrelevant: #Cruella stands and can be enjoyed on its own.

And, of course, the Emma Stone (and Thompson) of it all: they’re the best part.

People will love this movie. pic.twitter.com/ofOUqgeXTW