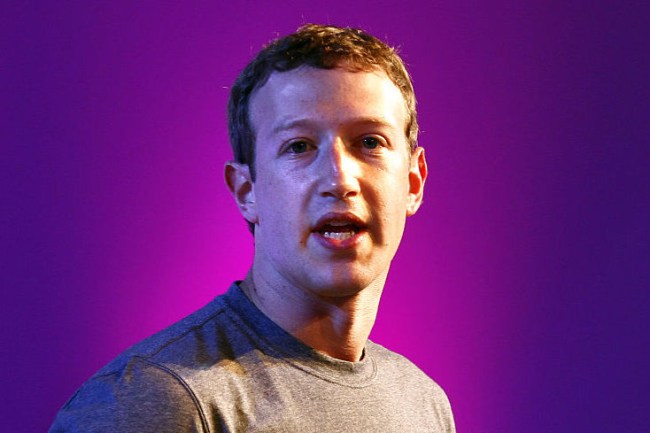 In 2003, a totally, not at all creepy Harvard student by the name of Mark Zuckerberg rounded up a bunch of pictures of girls on campus and uploaded them to a website that allowed visitors to pick the ones they found most attractive before he was forced to pivot ever so slightly when the school threatened to kick him out because of it.

He eventually found a new venture the following year in the form of “The Facebook,” which was designed to allow people at the university to have a dedicated place to interact with each other online—the same people he called “dumb fucks” when he realized how much personal information he had at his disposal.

Zuckerberg would eventually convince billions of people to sign up for Facebook and make tens of billions of dollars in the process, and while he’s one of the richest people on the planet, he’s also repeatedly shown he’s one of the weirdest fucking dudes on Earth.

There is perhaps no other (alleged) human who is capable of making me more physically uncomfortable than The Zuck does when he talks and I fear that if I spend too long looking into his lifeless eyes—dead eyes, like a doll’s eyes—he’ll begin to drain away my soul to use as his lifeblood.

As you can tell from that video, Zuckerberg loves smoking some meats, which is peculiar because I wasn’t aware robots required food to function. However, he doesn’t just stick to brisket in ribs, as he’s also apparently a big fan of the goats he slaughters in his backyard with a laser gun.

There are plenty of other examples that highlight just how odd of a bird Zuckerberg is, and now, we have another anecdote that provides some insight into the semblance of a personality he has thanks to the upcoming book Facebook: the Inside Story.

According to Bloomberg, author Steven Levy claims the Facebook CEO had an executive member of the company’s communications arm arrive at speaking engagements with a blow dryer in tow and had them use it on his armpits to make him appear less sweaty (shoutout to his designers for including such realistic details when they were making their creation).

Business Insider contacted Facebook to verify the claim, and while they couldn’t confirm or deny it, they asserted that if it did indeed happen, it was because the communications team asked him if they could do it.

In fairness, “Did I ever tell you about the time I blow-dried Mark Zuckerberg’s armpits?” would be a great way to open a story at a party so I’d personally jump at the opportunity if given a chance. An honor like that only comes around once in a lifetime.