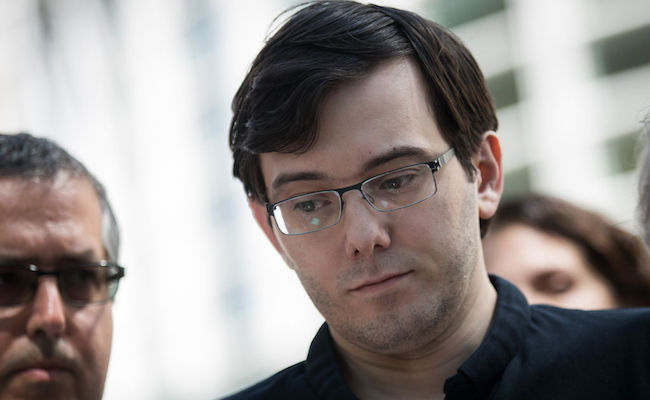 Pharmaceutical entrepreneur Martin Shkreli arrived at a federal prison in N.J. on Tuesday. Shkreli had pleaded to serve his prison sentence at a prison camp, but he was denied. Instead, the disgraced pharma executive was sent to the Federal Correctional Institution (FCI) Fort Dix in Burlington County, New Jersey.

Shrekli was previously enjoying the accommodations at the Brooklyn Metropolitan Detention Center, which is known for housing terrorism and mob defendants. Now Shkreli will be sent to the 4,266-inmate low-security prison located at the N.J. military base 40 miles from Philadelphia.

Shkreli’s request to be sent to the minimum-security camp located on the prison complex was denied. That’s a huge blow to Shkreli because the camp sounds like “Club Fed.” The camp features an indoor gym, weight room, music room and a craft room that includes pencil drawing, pastels, oil painting, and leather craft. The outdoor recreation at the camp includes soccer, softball, football, handball, racquetball, horseshoes, volleyball, and bocce.

“There are no bars, towers, or locks on rooms within the community units. Inmates must demonstrate a high degree of responsibility, and the expectations are that each inmate will comply,” according to the Federal Bureau of Prisons handbook.

Instead, Shkreli will serve his sentence behind bars in a prison cell at Fort Dix, which is the largest single federal prison in the U.S. by number of inmates. Last month, Shkreli was sentenced to seven years in prison for securities fraud and fined $75,000. Shkreli was also ordered to forfeit almost $7.4 million of his fortune to the federal government. The 35-year-old pharma boss was found guilty of manipulating the stock of his former drug firm Retrophin as well as lying to investors in two failed hedge funds and cheating them out of millions.