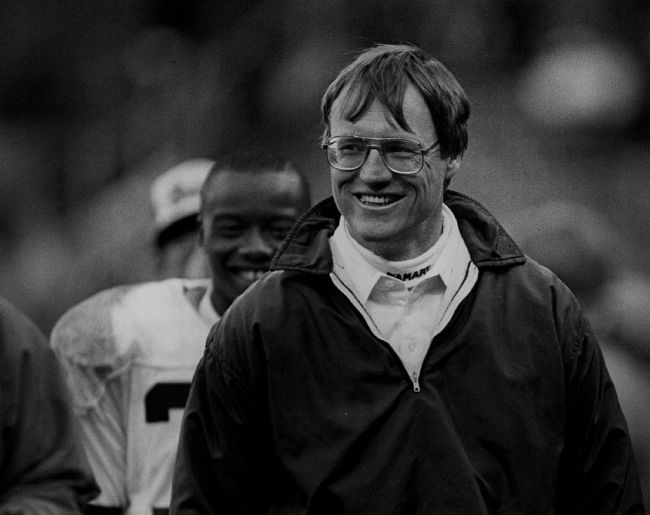 Former National Football League head coach Marty Schottenheimer — who coached the Cleveland Browns, Kansas City Chiefs, Washington Redskins, and San Diego Chargers during his four-plus decades in the NFL as both a player and coach — has passed away at the age of 77-years-old following a battle with Alzheimer’s Disease. Schottenheimer, who was diagnosed with Alzheimer’s in 2014, was moved into a hospice on January 30 before passing away on Monday, February 8th.

Schottenheimer, who was drafted by the Buffalo Bills with the 49th pick in the fourth round of the 1965 NFL Draft, began his professional coaching career a little less than a decade later when he became the linebackers coach for the WFL’s Portland Storm. A year later, Schottenheimer would return to the NFL as a linebacker coach for the New York Giants and would go on to build a coaching career that spanned three-plus decades.

Perhaps best known for his “Marty Ball” philosophy of coaching, which featured an emphasis on the run game with the passing game used to supplement the run game, Schottenheimer’s legacy as an NFL head coach is certainly complex.

While he’s only one of 11 men with over 200 wins as an NFL head coach — which puts him on a list that includes the likes of Don Shula, George Halas, and Bill Belichick — he’s also the only NFL coach with at least 200 regular-season wins to have a losing playoff record.

Despite his struggles in the postseason (he finished his career with a 5-13 record), Schottenheimer was widely respected within NFL circles, as fellow head coach Herm Edwards once said that while his playoff record “probably detracts [from his legacy] in the minds of some people, it doesn’t in the minds of people who have coached against him.”

He is survived by his wife Pat and his children Brian and Kristin. Brian, who has served as offensive coordinator for the New York Jets, St. Louis Rams, Seattle Seahawks, and the University of Georgia, is currently working under Urban Meyer as the Jacksonville Jaguars’ passing game coordinator-quarterbacks coach.

The thoughts of the BroBible team are with Mr. Schottenheimer’s friends, family, and loved ones during this difficult time. May he rest in peace.